Translation of the KNN report

As Robert posted over at the Marmot's Hole, on Thursday, February 24th, KNN did a report on the death of another English teacher on the same day the teacher jumped to his death in Busan. I just thought I'd translate it for comparison with the other articles:


The death of a native speaking instructor

On Sunday two Native speaking instructors died one after the other.

It seems they died from excessive drinking, and it's been pointed out that there is a problem with the hiring of native speaking instructors. 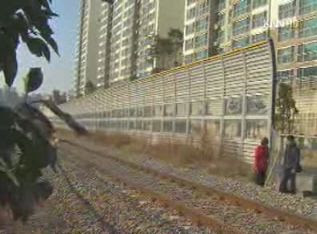 This is the Busan Donghae Nambu railway line.

At about 5:50 am 40 year old Canadian English instructor A was hit by a Saemaeul train and killed.

A was set to begin teaching teach classes at a university in Daegu when the new semester begins next month.

Police said A usually drank a lot and that the accident occurred after laying down on the tracks while drunk.

On the 19th 32 year old native speaking instructor B died after jumping from a hallway on the 14th floor of an apartment building in Millak-dong in Busan.

Police reported that B killed himself while drinking.

Before this it was known that B was a severe alcoholic and caused a scene while drunk at Gimhae Airport.

It's been pointed out that loopholes in the foreign instructor recruiting process have been exposed through the deaths of native speaking teachers like these.

In 2008 mandatory criminal record checks were implemented for the recruitment of foreign instructors.

However, it's not possible to identify mental illness or drug addiction, and problems caused by native speaking teachers are still occurring.

Most of this article references these two articles about the teacher who jumped to his death, including the incorrect assertion that the visa regulations changed in 2008 (it was December 2007). Also, the sentence "Before this it was known that B was a severe alcoholic" most certainly refers to the Busan Ilbo articles, which I had to question as to whether the reporter actually interviewed people who knew him or not. Not mentioned in the written transcript above was the interview with Kim Jeong-suk, policy department head for the Busan branch of the National Association of Parents for True Education, who also appeared in the first Busan Ilbo article.

After the Quincy Black incident there were calls to determine the 'ethical standards' of potential foreign teachers - perhaps these can be added to the inevitable mental health and drug and alcohol addiction screening. Something worth investigating is what kind of screening Korean teachers go through. There would be nothing wrong with applying similar standards to foreign teachers, though you have to wonder what the point would be if it's just a questionnaire where you check a yes or no box, which is what's in place now for public schools.
Posted by matt at 1:04 PM

I do wonder, though, if it's not so much the recruiting process but something that couldn't have been seen until the person was actually in the country.

For example, when I worked in Korea, I was fine going in. However, a lot of emotional issues arose during my stay in the country -- issues that nobody could've seen coming. At the end, I was fine, but there were some really trying times.

So maybe more needs to be done for those already in the country, in addition to creating a more thorough mental health evaluation during the recruitment process. It could possibly require a two-tier solution (before arrival and after arrival).

No word yet on whether or not either of these individuals had issues with drinking BEFORE they came to Korea. Without such information, we cannot rule out the possibility that horrible working conditions or poor treatment in Korea may have LEAD either man to excessive drinking.

Furthermore, from the article, I'd like to see the quote "police say he had a drinking problem" backed up with some kind of proper citation or source stating where exactly this piece of information came from. How exactly would the Korean police know about one individual's prior personal problems, let alone an individual they could not communicate with?

According to whom? Where did the police find this out? Or are they making shit up again?

Before this it was known that B was a severe alcoholic

Really? Known to whom? Certainly not his school, who liked the guy, thought he had a lot of energy, and were quite surprised to hear he went off the deep end in the days leading up to his suicide.

IMO, this is all just from lazy reporting/investigating. Why bother with the difficulty in answering the whys** and wherefores of these actions. Much easier and cleaner to just say they are alcoholic and mentally unstable. No need to investigate now. Job well done.

**especially the first suicide, a teacher the school liked and had no problems with or even suspected. All of a sudden he disappears for three days, shows up drunk at the airport trying to get home and makes a scene, then continues drinking until he kills himself. And no one bothered to ask WHY this behaviour just occurred out of the blue? "Oh, he is 병신. Case closed."

That's part of the problem (the belief that only "crazy people" need to go to a counselor is another). There are nearly no resources at all for this kind of help. Not even for Koreans, nevermind for people who don't speak Korean at all.

However, it seems that there IS at least one place for people to turn to should they ever deem it necessary. Brendon Carr mentioned this over at the Marmot's Hole:

They can be found at ahskorea.com

A was set to begin teaching at a university in Daegu when the new semester begins next month.

-Does this mean he had been waiting 17 months to start a job? I would have started drinking too.

^ Thank the heavens for the numerate!

No, he had already been working at the school for more than a year, and was gearing up to begin the new semester. It was poorly reported here, but correctly reported elsewhere.

Neither teacher was new to their school. And neither school has problems with them prior to their suicides (none that have been reported that is).

The only thing negative reported about the teachers came from "anonymous sources" from back home or from the police, who have not disclosed where they got their info, either.

Good points. Even without bad experiences due to, say, working conditions, living in another country in itself can sometimes create stress or lead to problems, and it's not something that can be predicted beforehand.

Still, I don't think any system that could be put in place because of this would lead to anything more than something that looks good on paper and acts to protect hagwons or schools liablity-wise, which is part of the function of the criminal record and drug tests. In the Busan jumping case, note that the hagwon official said that the teacher's criminal record and health checks were clean.

Bob:
Sorry, I should have proofread more carefully. That sentence should read, "A was set to teach classes at a university in Daegu when the new semester begins next month." I corrected it.

It makes sense that someone might focus on alcoholism or other addictions, because they are unseen and thus are a hidden threat - especially considering how it's been a slow 7 months in the NSET drug bust department (none reported since last July).