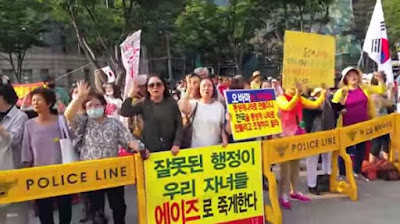 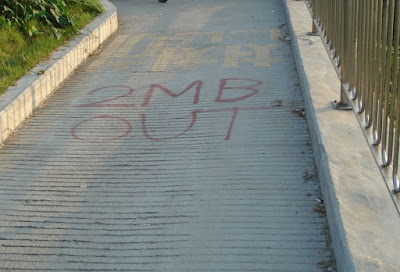 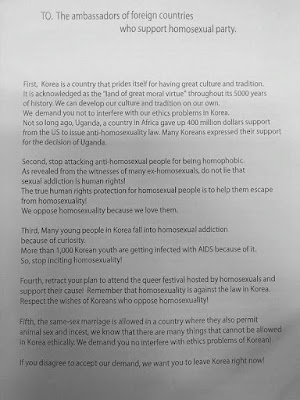 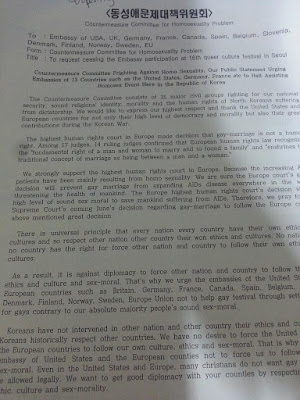 Perhaps if these Christian groups could promise to respect other countries' cultures by keeping their missionaries at home they might not appear so hypocritical. Needless to say, these Christian groups' hateful and ignorant messages aren't going to get any serious attention by their intended recipients. Having groups known for trying to impose their religion on other cultures - a religion whose founder said "Thou shalt love thy neighbour as thyself" - call on foreign embassies to "leave Korea right now!" because they're interfering in Korea's ethics and culture would be funny if it weren't so sad.
Posted by matt at 9:33 AM 2 comments:

Last week I posted links to the first two parts of an interview with myself by Andre Goulet for his podcast, The Korea File (Part 1: "A History of Korean Social Movements"  Part 2: "Korean Identity and Anti-Americanism"), and yesterday he posted the third and final part, titled "Weed, Counterculture and Dictatorship," about how rock music and the counterculture were suppressed under the guise of a marijuana crackdown in 1975.

The propaganda film I mentioned (found at ehistory.kr) was found and posted by Mark Russell here.

Interview for the The Korea File podcast

[Update: The second part of the interview, titled "Korean Identity and Anti-Americanism" can listened to here.]

At the beginning of May I was interviewed by Andre Goulet for his podcast The Korea File, "a weekly podcast about music, culture, and society from around the peninsula." Andre has written a number of kind things about my blog over the years and it was great to finally meet him in person. The first part (of three) of the interview, titled "A History of Korean Social Movements," can be listened to here. Have a look under "Episodes" here to look through the other interviews he's done.
Posted by matt at 12:22 AM No comments: