'Tell the World what is Happening': The Americans who Witnessed the Kwangju Uprising

On the topic of writing about the Gwangju Uprising, an article I wrote for Transactions of the Royal Asiatic Society - Korea Branch (Vol. 94, 2019), titled "'Tell the World what is Happening': The Americans who Witnessed the Kwangju Uprising," can be read here. It is based on published accounts by, and interviews with, missionaries and Peace Corps Volunteers present in Gwangju in May 1980, as well as US embassy cables

(And yes, I've come to accept using Gwangju with a G, but it seemed silly to try to do so when working with English language sources that all used 'Kwangju'...)

The Korea Times today published an article titled "Inner workings of Gwangju Uprising revealed in ex-Peace Corps volunteer's book." The book in question is titled Called by Another Name: A Memoir of the Gwangju Uprising, and it is written by David Dolinger and myself.

David was one of the Peace Corps Volunteers who stayed in witnessed the Gwangju Uprising in 1980. I met him online 15 years ago and immediately recognized his name from a footnote in 5.18-related book, and we finally met in person in 2013. At that time, I asked him if he had thought about about telling his story, and he replied that he would need help since he was not a writer. It seemed like an interesting project, but he moved to Switzerland soon after that and it was put on hold until two years ago. We just finished the final edits this weekend, and like any long project, it's nice to have it done.

The book covers David's Peace Corps service in Korea (1978-1980), his experiences during the  Gwangju Uprising, and his subsequent activism and involvement with missionaries and Korean dissidents in both Korea and the U.S. It also features a final section sharing memories of David’s fellow PCV Tim Warnberg, who not only witnessed the uprising, but went on to write the first academic article about 5.18 (which we will reprint) while pursuing a Ph.D. in Korean literature at the University of Hawaii – a Ph.D he tragically was never able to finish.

I met David's fellow PCV Paul Courtright two years ago when he was working on his 5.18 memoir, Witnessing Gwangju, and while helping him with research that became the supplementary material in his book's appendix, he introduced me to Park So-yeon, who was then working on his book for Hollym. She has since started her own publishing company, Goggas, and decided to publish our book. She is currently featuring the project on Kickstarter in the hopes of raising funds to publish more photos and defray the costs of printing, copy-editing, and copyright fees.

I suspect I might have a bit more time for this blog in the near future... 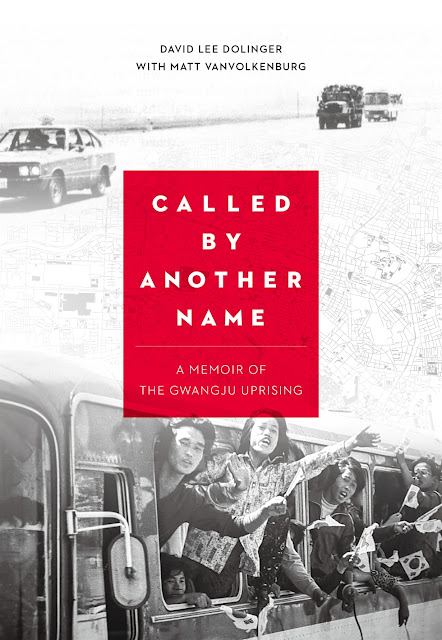