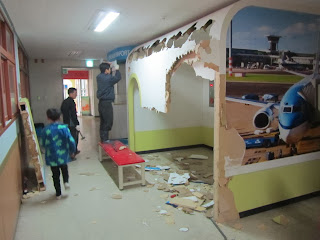 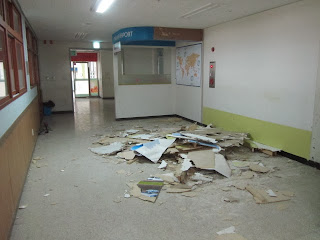 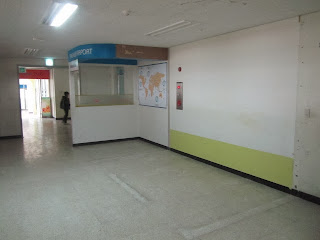 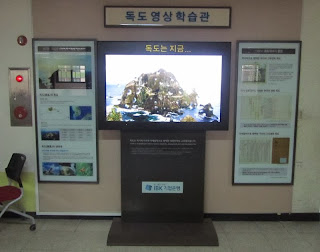 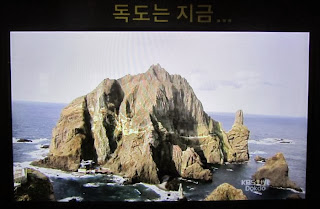 A Korea Herald article by John Power published Monday asks "Is HIV testing of foreign teachers here to stay?" Here are some excerpts:


But, amid a pending U.N. committee ruling on whether the policy constitutes racial discrimination, an unclear picture of the current status and future of testing has emerged across government and educational bodies.

A press officer at the Seoul Metropolitan Office of Education on Thursday told The Korea Herald that all local education offices had scrapped retesting for contract renewal as of this year.

He said, however, that foreign teachers were still required by immigration to submit test results after their initial entry into Korea. The Korea Herald communicated with several native English teachers who said they had been retested recently, in some cases just weeks previously. [...]

A Justice Ministry spokesman confirmed on Monday that one-time testing for immigration purposes was still in place, after earlier claiming the ministry had no such requirement.

An official with Korea Immigration Service, a division of the Justice Ministry, however, also said there had been no change in policy.

“We have not changed any of our policies on HIV testing,” Lee You-jin, a member of the residence and visa division of KIS, said via email on Nov. 19. [...]

In the past, the Justice and Education Ministries have taken different positions on the issue, specifically on the need for in-country retesting.

An official at the National Institute for International Education, the division of the Education Ministry that runs the EPIK NET program, told The Korea Herald in 2010 that it supported enshrining retesting as official policy. At the time the organization cited parental concerns and the results of two surveys showing strong public support for testing as rationale for its stance. It is not clear whether those surveys referred to one-time or multiple testing.

But an NIIED official, speaking on condition of anonymity, last week declined to confirm if this was still the organization’s position.

Do read the entire thing. It's nice to get some confirmation that re-testing is being scrapped in some locales, and it's certainly interesting that immigration wrote that HIV testing "was still in place, after earlier claiming the ministry had no such requirement." I guess the left hand doesn't know what the right is doing. Earlier confusion over re-testing was reported on in this 2010 Korea Herald article.

Since we're mentioning the Ministry of Education, I guess I'll toss in this interview with the minister of Education sent to me a few weeks ago.

At 11:00am on November 30 I'll be giving a presentation at the 2013 KOTESOL DCC Chapter Thanksgiving Symposium and Turkey Dinner being held at Woosong University in Daejeon. Here's the description:

From the first-recorded English lesson in 1816 to Lee Myung-bak's promises of a "native speaker in every school," English has played many different roles in Korea's history, from its use in Korean attempts to preserve its sovereignty and Japanese efforts to present Korea as a 'failed state' at the turn of the last century to the radical expansion of the study of English as a foreign language over the past twenty years. This presentation will look at the experiences of those teaching the language, including missionaries, Peace Corps Volunteers, 'beeper cowboys' and even World War II prisoners of war. At the same time, while the Korean government has perceived mastery of English as necessary for Korea to compete in a globalized world, it has also shown distrust of the culture attached to the language, a wariness which stretches back to the days of the Joseon Dynasty, and manifestations of both the desire to learn the language and the distrust of the accompanying culture - and the teachers who embody it - will also be examined.

The registration link can be found here. I look forward to meeting anyone who can make it out!
Posted by matt at 3:18 PM No comments:

Denial of service, then and now

A bit late with this, I know (sorry for such light posting lately), but in the news last week was the tale of businesses in Bali banning entry to Korean customers:


Hotels, retailers and restaurants on the resort island of Bali are rejecting Korean customers due to some who flout regulations to make the most of their stay, according to South Korean TV network SBS.

Korean tourists are reportedly finding new and creative methods of vacationing on the cheap at the Indonesian vacation destination, which is frustrating local business owners to no end.

There's a discussion thread about it here that was pointed out to me (read it if you dare; it consists of lots of 'Koreans deserve it because they do it in Korea too' kinds of comments). This isn't the only place that has shown annoyance with Korean tourists, as Scott Burgeson noted in Fukuoka a few years ago; on a similar topic, he posted a chat with a woman who worked as a receptionist at a Korean-run karaoke club in Jakarta almost 9 years ago.


Upon hearing of what had happened in Bali, I couldn't help but be reminded of a passage in Jo Yoong-hee's article "The Relationship between Joseon Envoys and Western Missionaries in Beijing in the Early 18th Century: Focusing on Lee Gi-ji's Iramyeon-gi."*


Since the Emperor Kangxi (r. 1662-1722), Joseon's diplomats used to visit the Catholic churches in Beijing and to be welcomed by the missionaries. The missionaries used to show exotic paintings, icons and other objects in the churches and even give the visitors presents brought from Europe. Joseon diplomats year by year wanted more exotic goods and experiences at the churches, so visiting Catholic churches in Beijing became the diplomats' conventional practice. Our country's custom seemed like arrogance, exaggeration and maliciousness, and the diplomats from Joseon often neither behaved politely nor paid back for the presents they received. Moreover, their followers were often uneducated, smoked and spat inside the churches, and touched things without allowance, which made the missionaries, who liked cleanliness, angry.

Recently, the Western missionaries became to dislike visitors from Joseon more than before. The missionaries refused to do the Joseon visitors a favor. They did not treat the visitors with heart.

The article goes on to describe how things had changed over 40 years: "Whereas Lee Gi-ji was welcomed by the missionaries without any advance notice of his visit, the visitors from Joseon in Hong's days were not allowed to enter the church even when they asked to see the church."

I guess you have to hate it when a bunch of idiots ruin things for everyone.

A few years ago I posted a zip file of photos of colonial-era Korean cities which has disappeared from hosting sites repeatedly - hopefully this link (to a 80mb or so zip file) will be a little more permanent. The collection features over 300 photos taken of cities all over Korea between the 1910s and 1940s.

Renewing or about to renew a public school teaching contract?

As I noted in this post last week, Seoul Metropolitan Office of Education is no longer requiring HIV and drug tests for teachers renewing their contracts. Commenters also noted that Daegu and Chungcheongbuk-do have lifted the requirements. John Power at the Korea Herald is looking into this topic and would like to talk to teachers who recently renewed or are about to renew their contracts. Any readers who would like to talk to him can reach him at johnpowermedia@gmail.com.
Posted by matt at 2:02 PM No comments:

An interesting development regarding HIV tests for SMOE teachers

The renewal requirements for native speaking teachers working for the Seoul Metropolitan Office of Education include this rather interesting requirement at the bottom of the page (click to enlarge):

I'd be curious to know the exact reasoning for the removal of HIV and drug tests from the health check. I have no idea if word of the CERD case has trickled down (perhaps the government is trying to justify its assertion to the CERD committee that it stopped requiring HIV tests for renewing teachers in 2010?) or if it's for some other reason. Have any readers heard of the testing requirements (for renewal) being dropped by other education offices?
Posted by matt at 3:05 PM 6 comments: