Christmas in Korea in the early 1960s

My latest Korea Times article gets into the Christmas spirit by looking at Christmas in the early 1960s. Before reading through the KT articles in my archive, I hadn’t realized how raucous Christmas eve was in those days. Upon suggesting some photos to Jon Dunbar at the KT, he found the "Christmas Hangover" editorial cartoon that I’d missed. 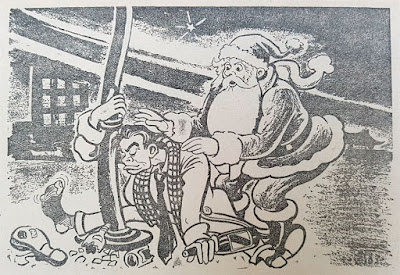 While the evolution of Christmas cards at the time and the photo of the storefront in 1960 are interesting asides, I always planned to finish with James Wade’s twisted take on Tiny Tim, which - along with space considerations - kept me from focusing too long on the campaigns to help orphans. One of them stuck with me:

It was a chilly day in mid-December. As at other schools in the capital, Hongje Primary School launched a collection of clothes for the relief of orphans. A pile of clothes “as big as a mountain” was formed in front of the pupils on the teacher’s platform. Then, the teacher, Miss Park, picked up a new sweater from among them. “Come on, Miss Chung. It will be better for you to wear this instead of the orphans. Your needs are greater than theirs,” she said to one of the students. Miss Chung off her worn-out one and put on the new and returned to her seat. Suddenly there was a loud sobbing voice. It was from Miss Chung. Her wailing lasted throughout the day’s lessons.

Was she sobbing due to the act of generosity? Or due to being singled out for being poor?

I can hazard a guess what the answer would be if this took place today, but have no idea when it comes to that time of profound poverty. 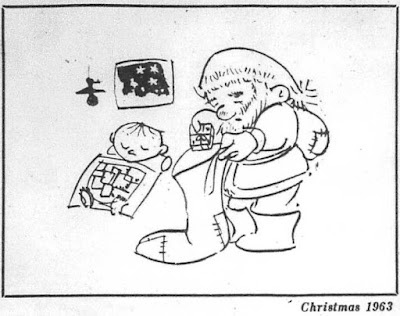 Here are some of the articles that I used for my own article: 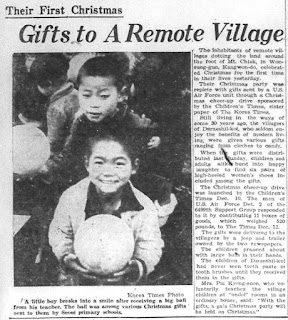 And here are a few other photos: 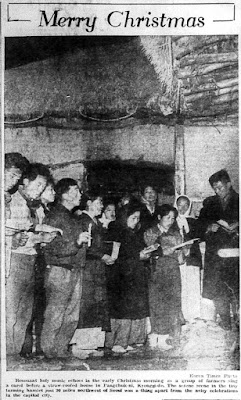 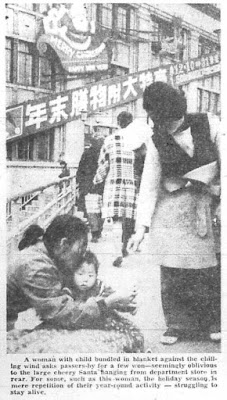 There is certainly lots of material for a follow-up next year.
Posted by matt at 4:18 PM No comments: