For my latest Korea Times article, I look at the lifting of Korea's nationwide curfew in January 1982 (something I previously looked at here). The lifting of curfew and regulations regarding school uniforms for middle and high school students were heralded by the Korea Times as being a part of the winds of 'liberalization' under President Chun (to make up for the utter lack of political liberalization), while foreign news articles noted that the lifting of curfew was also aimed at a foreign audience, especially considering that Seoul had just been awarded the 1988 Olympics weeks earlier.

Just for fun, here are some colour photos of the first curfewless night from the January 17, 1982 issue of Sunday Seoul. 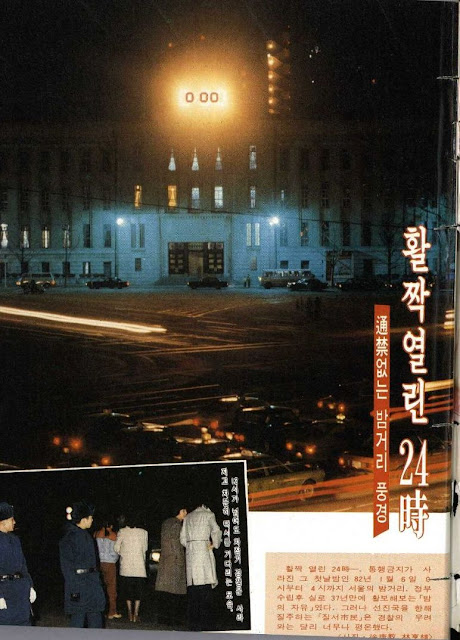 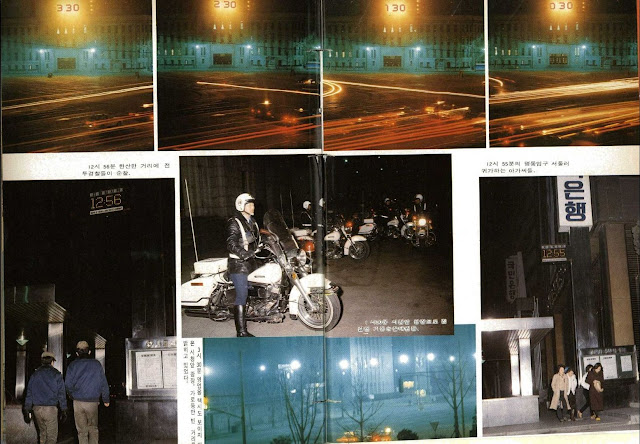