After more than two years of work, David Dolinger’s memoir of his experiences during the May 1980 Gwangju Uprising, which I co-wrote, has been published in English and Korean editions. David served as a Peace Corps Volunteer in Korea beginning in 1978, witnessed the violent suppression of citizens protesting a military coup by the military in Gwangju in 1980, and later worked with activist missionaries and Korean dissidents in the democracy movement of the 1980s. David also wanted to highlight the life of Tim Warnberg, another PCV who lived in Gwangju but who died in 1993 before he could finish a PhD in Korean literature, so we interviewed or sought contributions from those who knew him, and also reprinted his 1987 article on the uprising, the first such academic article to be published. I'm glad I got the chance to help David tell his story, and it’s nice to finally have a hard copy of the book in hand. The English edition is available for sale at Amazon, Barnes and Noble, Bookshop, and Kyobo; the Korean edition is also available at Kyobo.
David was interviewed in English by the Korea Times and Asia Times, and for the former article a photo of David and I at the Royal Asiatic Society office was used, which then appeared on the cover of the May 18 edition in a banner promoting the article. 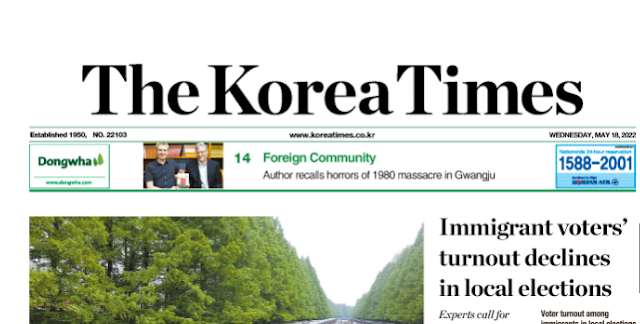 Needless to say, it's all downhill from here!
David was also interviewed by various news outlets in Seoul and in Gwangju, where he attended the commemoration ceremony at the 5.18 National Cemetery (along with the new president) and was interviewed by Gwangju News and the Gwangju Foreign Language Network.
The Hankyoreh has published a number of translated stories recently:
German missionary who helped broadcast Gwangju Uprising to world dies at 88
“A bundle of blackened bones”: The search for unmarked graves of those killed in Gwangju Uprising
Young man killed during Gwangju Uprising was likely hit by gunfire from helicopter, attests medic
Paratrooper from Gwangju Uprising photo comes forward, apologizes
“A time of grief: ‘Tell the truth!’”: May 1980 Gwangju as seen through lens of Rev. Charles Huntley
The latter article describes how the late Rev. Charles Betts Huntley, a chaplain at Gwangju Christian Hospital, took photos of the uprising, along with photographer Kim Yeong-bok, and how those photos eventually were sent to the US (and then returned for the publication of photo books in the late 1980s - including those horrific 'portrait' photos of the dead in the morgue). I found it interesting that one of the people involved in the effort to get the photos out was the head of the hospital’s nursing department, Ahn Seong-rye, who is mentioned (as Ahn Sung-ryea) in this post. The following photo interested me since the caption in the article says it's a Peace Corps Volunteer giving blood. 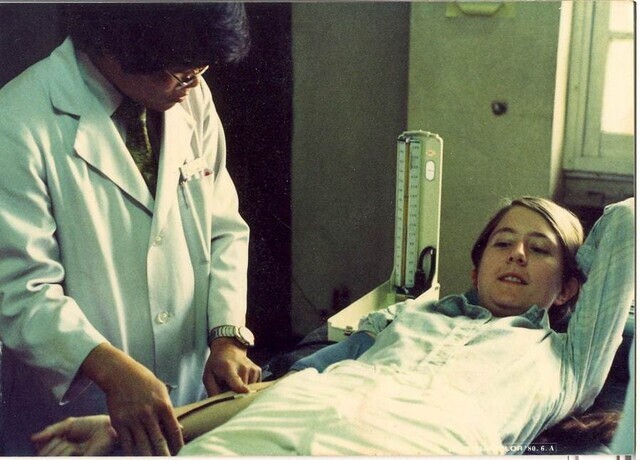 However, there was only one woman in the Peace Corps who was active in Gwangju during the uprising, and David confirmed it wasn't her, so I suspected - thanks to the explanations given to me in the past by Martha Huntley - that it was seminary student Kathryn Dudley. I asked Martha and she replied:

Yes, that is Kathryn Dudley. She and David [Dudley] were Presbyterian seminary students who took a year off as mission volunteers - great young couple. Here she is giving blood at Kwangju Christian Hospital - all of us missionaries went over to give blood. They wouldn't take mine, however - they said my heart was pounding too hard. I said everyone's heart is pounding right now, but they still wouldn't take it. I think they took all the other missionaries'.

The final photo in the article features journalist Don Kirk. I'd seen the photo before but had no idea Rev. Huntley had taken it.
I was pleasantly surprised to discover this video - a May 26, 1980 CBS news report about the last day before ROK troops retook Gwangju. It features an interview with American Baptist missionary Arnold Peterson, and Martha and Betts Huntley, as well as their daughter Jennifer (who wrote this book about her experience), also appear.

As I noted in this article, what led to this interview was this experience:

On May 25, after [Arnold] Peterson interpreted for reporters once again, he was interviewed by an ABC reporter but, conforming to the policy of the Foreign Mission Board, tried to stay as politically neutral as possible. Discussing his discomfort over this with John Underwood, Underwood argued that due to the atrocities that had been committed, “the issue was now more a question of right vs. wrong than it was a mere political issue.” After this conversation, he wrote, “I determined that if another opportunity arose, I would not be silent.”

A CBS news crew came to the Huntley house at about 9:30 a.m. and asked us to do an on-camera interview as a group. He consented. Inasmuch as I had been out and around the city more than had the others during the week, many of the questions were directed to me. As a group, those of us present affirmed that the root cause of the present disturbance was the misconduct of the military, not the students. We were asked about government charges that the activities in Kwangju had been instigated by communists or communist sympathizers. We denied that charge and affirmed that the instigators had been the soldiers.

This CBS interview was an object lesson in the marvels of modern communications. The interview concluded about 10:00 a.m. on Monday, May 26 in Kwangju. The city was surrounded by Korean troops and appeared to be cut off from the rest of the world. It seemed to us a marvel that the news people had been able to get into the city even though all roads were blocked by the military. I later learned that portions of the interview were broadcast on the CBS Evening News in the USA at 6:00 p.m. on Monday, about 22 hours after the interview occurred. Apparently the tape was hand carried to Seoul and then to Tokyo where it went by satellite to the USA.

In the book Korea Witness, CBS News correspondent Bruce Dunning explained how the tapes got out of the country (Page 347):

The Seoul office managed to submit several innocuous tapes to the censors each morning to be screened and sealed. Fortunately the seals were easily slipped off these tapes and attached to the tapes from Gwangju, thus evading the censors.

According to Martha Huntley, pictured below, in front of the Huntley's house (in which 22 people were hiding), are Sandy Marks (a missionary dentist - his wife Kitty may be standing behind the reporter),the interviewer (likely Peter Collins, though Bruce Dunning may have been in the city by this point), Martha and Betts Huntley with their daughter Jennifer, Jean and John Underwood, Kathryn and David Dudley, and Arnold Peterson (his wife Barbara, their boys, and Michael Huntley had left the city on May 22). 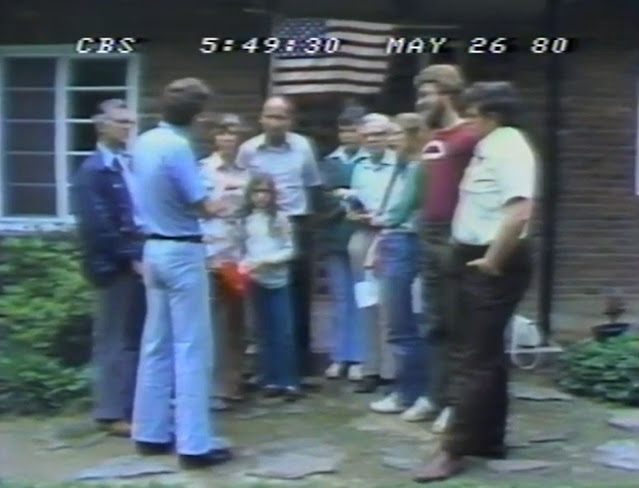 One set of stories I have not yet encountered, in regard to the foreigners in (or near) Gwangju in 1980, is that of the airmen at Gwangju Air Base, though a chance encounter on Facebook may change that. The importance of the air base (which was actually an ROK installation with an American presence), is hinted at in this article. Hopefully more information will turn up before long.
I should also note that a new translation of 죽음을 넘어 시대의 어둠을 넘어 (Beyond Death, Beyond the Darkness of the Age) has just been released. The original book, the first detailed history of 5.18, was published in 1985 with author Hwang Sok-yong's name on it in order to protect its actual authors, Lee Jae-eui and Jeong Yong-ho. It was translated into English by Kap Su Seol and Nick Mamatas and published as Kwangju Diary in 1999; a new edition of that book is available as a pdf here (clicking begins download). That translation removed Hwang from the list of authors since, as is made clear in this excerpt explaining how the original book was written, he only wrote an introduction and came up with the title.
A substantially-expanded version of the book was published in Korean in 2017 with Hwang's name given top billing with the other, main authors, and it is this version of the book that has just been translated and published as Gwangju Uprising: The Rebellion for Democracy in South Korea.
Posted by matt at 4:53 PM No comments:

Leading an RAS excursion to Jeong-dong this Saturday 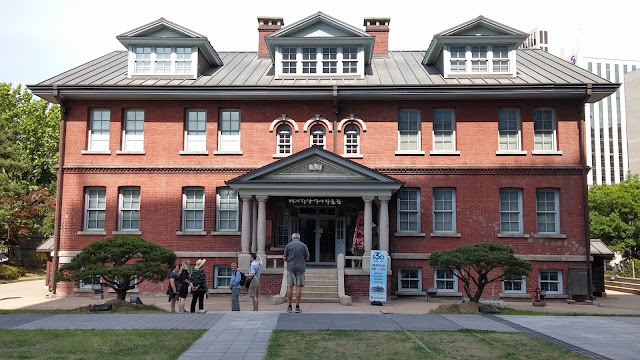 This Saturday at 1pm I’ll be leading a Royal Asiatic Society excursion to Jeong-dong, the historic area behind Deoksu Palace, where missionary schools, churches, and Western Embassies can be found. There I’ll tell the stories of how Americans, Canadians, British, and others took part in Korea’s history between 1883 and 1945, a period of initial contact, wars, and resistance to Japanese imperialism.

On this excursion we’ll visit sites such as the former National Assembly, the Anglican cathedral, the former Korean Supreme Court building, Baejae Hakdang, Jeong-dong First Methodist Church, Ewha Girl's High School, Jungmyeongjeon Hall, the Salvation Army building, and the remains of the former Russian Legation.  We will also observe various dilapidated or vanished buildings and paths that are currently being restored and discuss the preservation of the past in Jeong-dong.

For more information or to make a reservation, please look here. 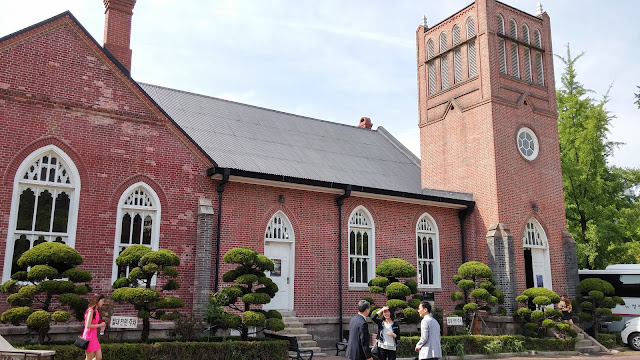 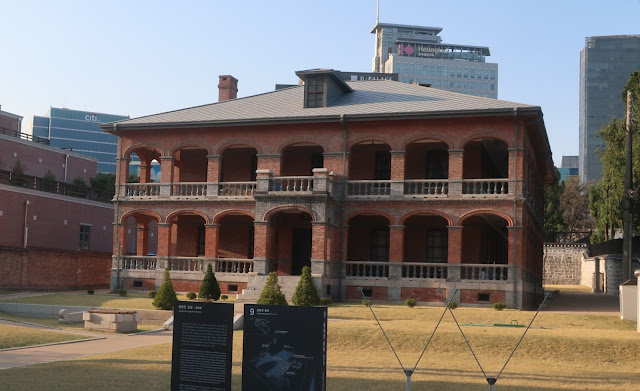 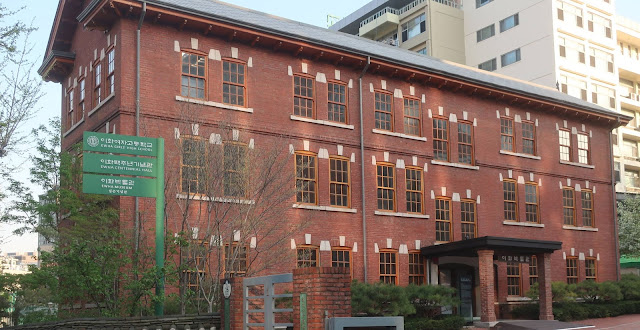 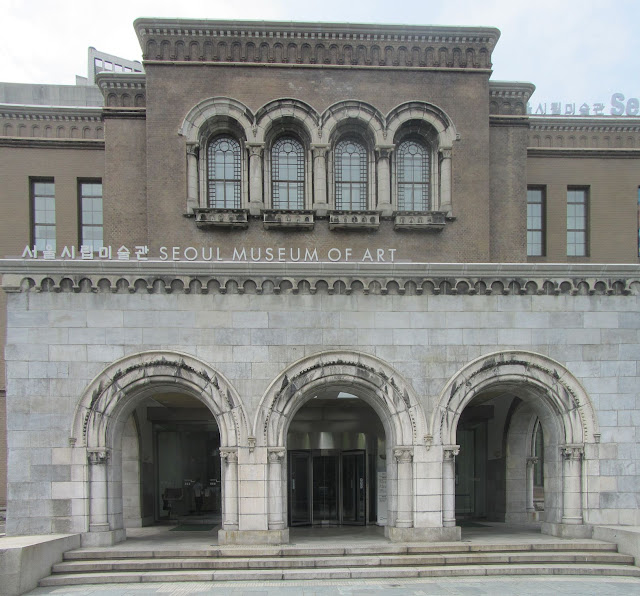