A Korea Times article last week broke down foreign crime figures and ended with this statement:


According to the police agency, the number of crimes committed by foreigners between January and October of this year decreased by 5.3 percent, compared to the same period last year. In particular, murder declined by 22.7 percent and robbery by 31.9 percent.

This stands in contrast to a similar article from almost 50 years ago that found the opposite trend to be true: 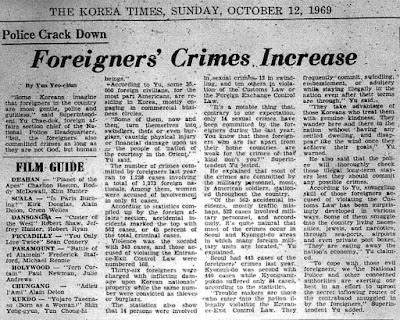