For my latest Korea Times article, "'Naked in the streets!' - Korea Times reports on streaking fad of 1974", I look at how the fad of streaking, or running naked in public, spread from US college campuses to the rest of the world, including Korea, in the spring of 1974 (and wonder if the fad had perhaps originated elsewhere). Not included in the article is this map of the first streaking incident which took place in Korea on March 13, 1974, by a Korean youth near Korea University. 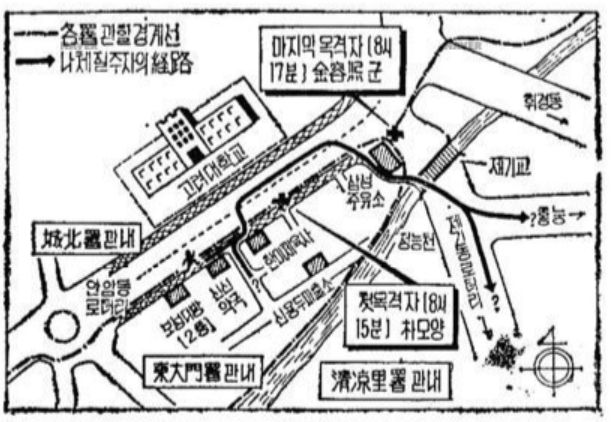 The map marks out the location of the first witness to see him (at 8:15 am) and the last witness (at 8:17 am), as well as possible escape routes he took. This is from an article published in the the Kyunghyang Sinmun a week after the first incident, which reported that around 100 plain clothed investigators had been mobilized to find the culprit over the previous week, with no luck. After the first incident took place, 15 investigators were dedicated to the case and hundreds of people were questioned, but with no lead other than the description of the streaker as having long hair, which likely prompted the crackdown on long hair that was announced that day (which made the Korea Times on March 17). Needless to say, the authorities in Korea were not about to tolerate streaking, and only a handful of incidents were reported after the initial ones in mid-March.

I realize, what with the book coming out, that I never posted about my previous article, "Student opinions on earning money, happiness, Western influence in 1968", about the student columns that first appeared in the Korea Times in 1968. There were hundreds of these columns published over the years, so I imagine they will be the topic of a future article or two. 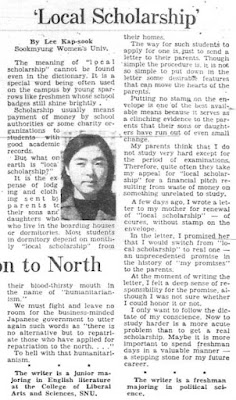