Awhile ago I wrote about Jeong-dong and the interaction between the growth of the foreign community there and the growth in importance of Deoksu Palace. After that I became interested in finding some of the still existing buildings but never got too far with it. Happily, Robert over at the Marmot's Hole has a stellar set of photos of the surviving Chosun dynasty and colonial era buildings.

While I never got around to taking many photos there, I have managed to dig up some old photos of the area, so I'll take this opportunity to post them now.

What inspired my original post was discovering these colonial era photos, where this photo of the East Hall of the Pai Chai Hak Dang can be found: 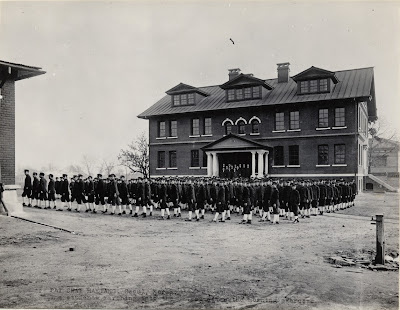 Below is one of the first Pai Chai buildings being constructed in 1885: 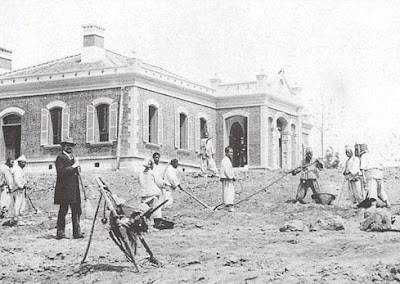 Two photos of the First Methodist Church follow, with an obvious gap of a few years between them. The latter was apparently taken in 1903. 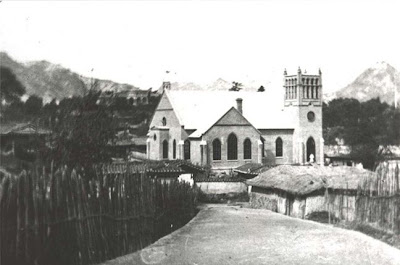 In the photo below, the Keijo court house can be seen: 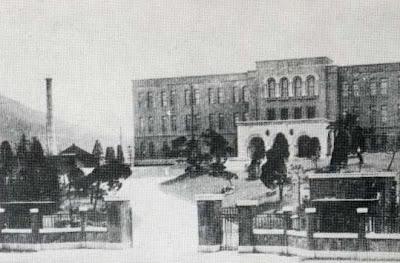 Two photos of Deoksu palace follow. The first is of Daehanmun, with building materials outside. 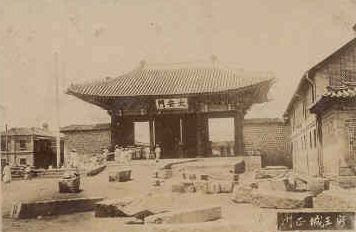 In the next photo, taken in the 1930s, the Anglican church and the Municipal Hall can be seen from inside the palace.


I hadn't realized that this palace had been mostly unused prior to the 1890s (which is likely why parts of the palace were sold off to the Americans and British to use for their legations. A great deal of reconstruction was needed to turn Deoksu palace into an appropriate place the King. Some more information about this can be found here, in an essay titled The Nature of Seoul's Modern Urban Development During the 18th and 19th Centuries, by Yi Tae-jin (it's a little, I think, too favourable towards the King, but it's still an interesting enough read).

Also, a few weeks ago this circa 1920 map of Seoul was linked to over at the Marmot, but the entire thing could not be downloaded. Here's a full copy: 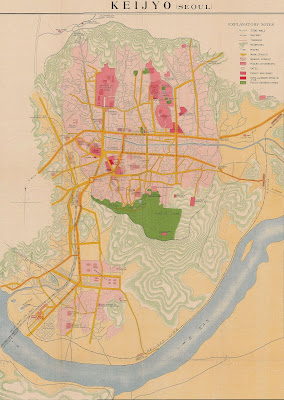 Thank you for these photos. It gives me a hint of what life was like for my Korean grandmother when she was young.