While looking for information about McDonald's early attempts to break into the Korean market, I came across this March 18, 1981 story from Miami News:

I wonder if the part about there being no cattle industry in Korea is true? It would certainly put the 2008 Mad Cow protests and the promotion of Hanwoo in a different light. Also, the hubbub about Burger King introducing fast food hamburgers to Korea doesn't seem to be true, at least according to Lotteria's website, which says that its first store in Korea opened in Sogong-dong, Seoul, in October 1979.

According to the Burger King website their plans for a 1981 opening did not bear fruit. In fact, the first Korean outlet (in Jongno) didn't open until 1984, the same year Wendy's opened: 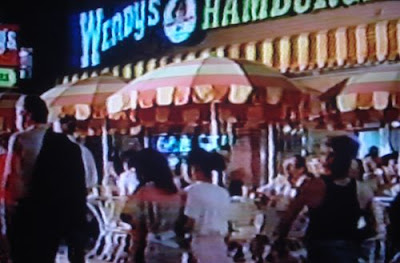 I liked the hamburger map that accompanied the Miami News article: 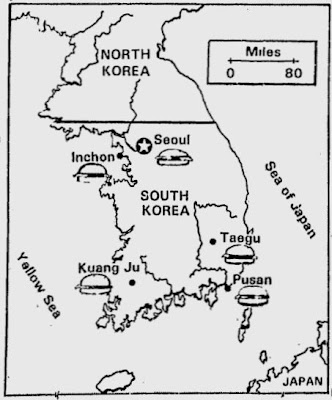 A shame they couldn't find a map of Korea more recent than one made between 1945 and 1950, though - you start to wonder why there's no hamburger next to Kaesong...
Posted by matt at 2:47 PM

That Wendy's sign brings back some memories. I remember when the franchise was here and then suddenly disappeared to be replaced by "Winner's," which also disappeared. There's some interesting backstory on it here: http://www.wright.edu/~tdung/wendy_korea.htm