I found some new anti-native speaking English teacher cartoons, this time in a Segye Ilbo article from August of last year that I missed at the time.

Note that the Korean word for 'fraud' in the title below, '엉터리,' also appeared back in 1984 in the first Joongang Ilbo article to tie together such ideas as 'any foreigner can get a teaching job,' 'unqualified,' 'irresponsible,' 'overpaid,' 'playboy,' 'Koreans are too kind to foreigners,' learning from foreigners hurts 'national pride,' etc into full-bodied, richly flavored hit-piece, perhaps the first of its kind. The name of that article was "In private foreign language classes, there are a lot of 'fraud teachers,'" and it's translated here. I've been told that '엉터리' might be better translated as 'quack,' but that word is usually only associated with doctors, and wouldn't work well with teachers. At any rate, I'm sure no similarity in the titles of these articles, published 26 years apart, will be seen.


In one year tens of millions of won are spent inviting… fraud native speaking teachers.

To familiarize elementary, middle and high schools students throughout the country with English and cut down on private education fees, a native speaking teacher system has been put in place, but many problems, such as weaknesses in the selection process, have been exposed. A staggering 7000 or more native speaking teachers have been put into elementary, middle and high schools this year, but a good many native speaking teachers make good money moving to a hagwon and taking unapproved absences. Many [Korean] English teachers pointed out that, "We should really reconsider the value of the tens of millions of won spent in one year on native teachers" and "It is too much to expect these people to carry out their jobs in Korea when they don't even have any experience teaching children." 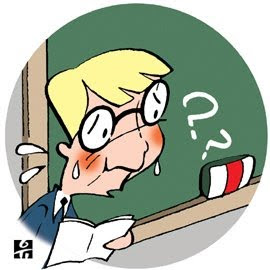 Great demand for private lesson site 'snooping' = According to education officials and data, a considerable number of native speaking teachers snoop around to find other sources of income like hagwons, and devote more attention to this 'rice offered to Buddha.' This is because, compared to schools, it's easier to make a lot of money at hagwons. According to a high school teacher in northern Seoul, "Native speaking teachers can work at small hagwons without any particular documents when they want," and said, "Once they get a taste for money, they have no interest in their classes, and finally they don't renew their contracts and move into a hagwon."

◆ "I hate Korea" and also absent without leave = A certain middle school in southern Gyeonggi-do hurriedly received a new native speaking teacher just before summer vacation was to start. The native speaker who was to come notified them suddenly saying, "I hate (the idea) of going to South Korea." Eventually the school was forced to spend a lot on tidy housing, blankets and pillows and all kinds of appliances like a rice cooker and microwave. "Far from having a passion for teaching, the teacher was unsociable and classes did not proceed," and "It appeared he was only interested in dating a Korean girl he'd met in the via the internet in the United States," was extreme criticism coming from another teacher from the same school. 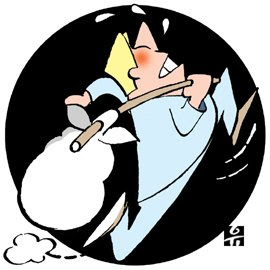 There are cases where they quit working because its too difficult and do a 'midnight run.' Last September at C high school in Seoul's Gangseo-gu, the native speaking teacher couldn't be contacted. The school asked around about his whereabouts and realized he'd already left Incheon International Airport for the U.S. the day before. The school tried several times to make contact with him before they finally heard his reason for leaving.

"With the won/dollar exchange rate dropping, the amount of money you can earn is decreasing. There is no other reason than that." At that school, another teacher said, "It's just some, but it's a direct example of how trivial and carelessly native speaking teachers here [consider] their work. To talk with some students and hear their stories the children are not familiar with English and he did not speak with them. He was not someone who continuously helped with their educational level."

Officials from the Ministry of Education, Science and Technology said, "Native speaking teachers are the business of city and provincial governments and not the central government, and loopholes are being shown with problems in their selection and management. The selection criteria and verification procedures for the employment of native speaking teachers will be strengthened and in order to ensure proper administration once hired the Ministry of Justice and Immigration are consulting with local governments and in the latter half of this year we aim to present [new] measures."

Those are the most bullshit quotes by supposed instructors. Nobody makes mistakes like that when speaking and leaving out ideas. I have to say they look like the most fabricated quotes I have ever seen.
I love the "shocking 7000" teachers thing. There's only ever one NSET in a school (almost) and a lot work at more than one school in rural areas.

How about being shocked to find that some Korean English teachers here can't speak English or teach English. The media hit pieces are tiresome and resemble Internet trolls flaming topics.

These stories are hilarious.

I don't cherish the idea of watching the governing body in Seoul, SMOE, using the fierce nativism in Korean to pit its Korean, English teachers--many of whom are over-worked, under-paid and/or poorly trained--against Native Speaking English Teachers--many of who are over-worked, under-paid and/or poorly trained.

It's rather unfortunate that the conservative Korean media outlets consistently cultivate this animosity when we could all support that the government increase and, then, enforce its hiring standards. The SMOE does as little as possible to recruit teachers, instead relying on a corrupt system of foreign, for-profit recruiters.

On the other hand, I can sympathize with people who get the shitty teachers and immature assholes at their schools. I'm embarrassed by what some folks consider teaching. On the other hand, many more of us have invested a lot to build a reputation and to teach well. What do we/they expect considering the ridiculous standards for hiring and almost non-existent interview process. The SMOE, the government, really doesn't know who's coming to teach their kids.

It's hard to argue with Koreans worrying about the reasons thousands of young teachers want to come to Korea. It's not unreasonable to want experienced foreign teachers who aren't more interested in socializing and traveling than they are in teaching--to want mature individuals who can balance their work and social lives and who have a genuine interest in being in Korea.

And it's hard to argue with foreign teachers demanding more civil and just treatment. I hated the extra effort I had to give my first year in Korea, so much effort spent simply encouraging my coworkers to understand I was here with good intentions. Compared to the trust I have now and the peace it provides us all at my school, it's incredible to think anybody would want to go through the other crap.

(i enjoy your blog, thanks.)

Ok, but is that first blonde little nervous 'turtle' looking teacher not adorable!?

I think he's got staying power. They should make a cartoon out of him. He's like a cross between Huckleberry Hound and Mr. Magoo!

As for the second image, it's going on a t-shirt just as fast as possible. Reminds my of the Steve Miller Band tune: (Go On) Take the Money and Run!