Today is the 49th anniversary of Park Chung-hee's coup. It was known as the 5.16 Revolution at the time, and more details about this time period can be found in this post. Below are photos of the coup and its aftermath, and if they are not otherwise noted, they are from Seoul Through Pictures 4: Seoul, to Rise Again (1961-1970). 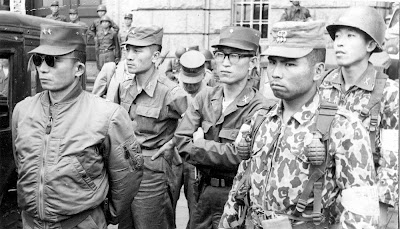 Park and soldiers in front of City Hall 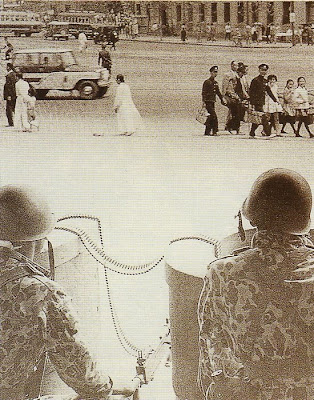 Soldiers in front of Deoksugung (City Hall is in the background). 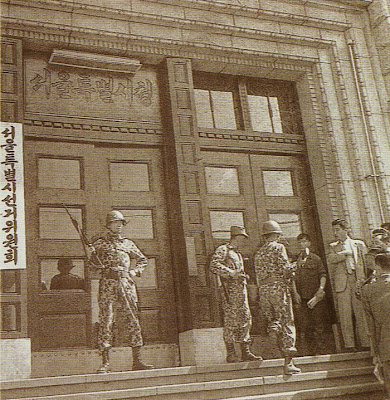 Soldiers in front of City Hall. 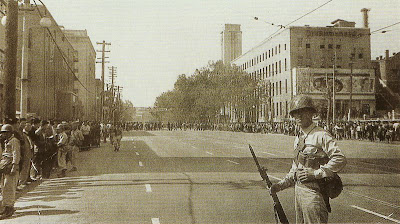 Soldiers keep crowds off street near the then National Assembly. 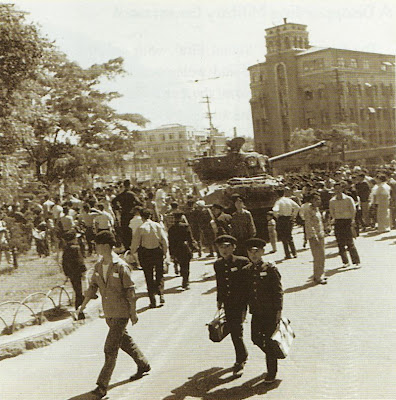 Soldiers and tanks downtown. (Any idea what that building is?) 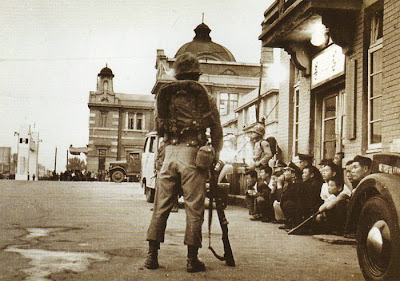 Citizens forced to wait at Seoul Station.
One of the tasks that needed to be completed after the coup was 'purifying' and reconstructing the nation. This building - one of two - was completed soon after. 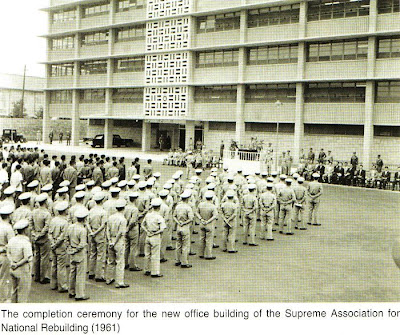 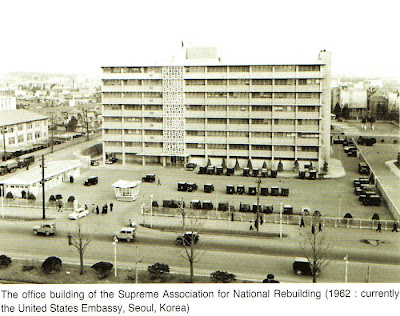 Yes indeed. Considering its background, one wonders why it was chosen by the US government for its embassy. But I digress. After the coup, many campaigns were carried out to mobilize people to 'rebuild' the nation, luxurious items were burned, and smugglers were sentenced to death. Here's a parade of 'reformed' gangpae: 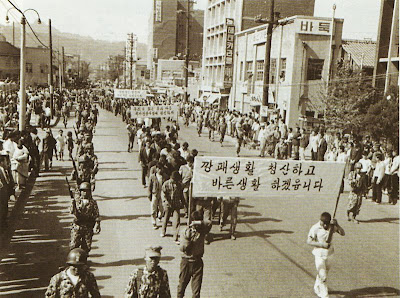 Below are the ultimate sinners against the nation - dance enthusiasts - who were given 3 months to 1 year in prison: 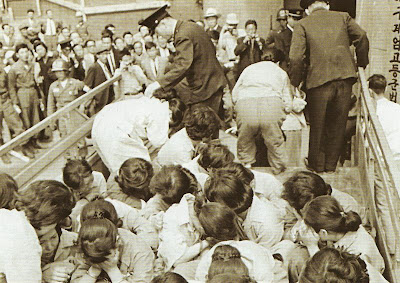 Curfew violators in Myeong-dong held temporarily
Again, this post has a lot more information about those times.
Posted by matt at 11:28 PM

Great photos, and good piece of information about the American embassy. At what point did they move into the building?