Almost three years ago, I wrote a post showing how Dohwa-dong, near Mapo, had changed over the years. For those who have studied Seoul's history, it is best known for being the location of the Mapo Apartments, Korea's first apartment complex. Quite some time ago I received an email from Julia Welch, who wrote:

I am an American citizen who lived in the Mapo apartments with my 2 young boys in 1969 and 1970 when my then husband was serving in the US Army and stationed south at a missile base at Reno Hill. I have fond memories of my lovely neighbors. ... When you entered the complex we were in the first long building to the right on the second floor. 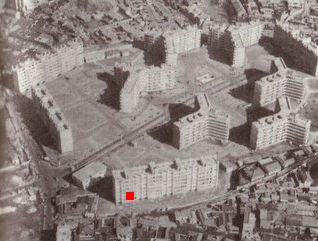 She was kind enough to send me several photos, and wrote, "One is hanging on the wall by my front door - it is our view out the children's window to the maze of traditional homes." Here are some of them.

Above is the view out the front window, which I made by stitching two photos together. Below is the same view in another season: 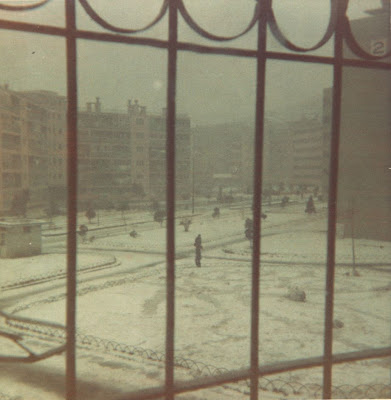 While those views might seem familiar to those who live in Seoul today, the photos taken from the other side of the apartment showcase a very different view than what we can see today: 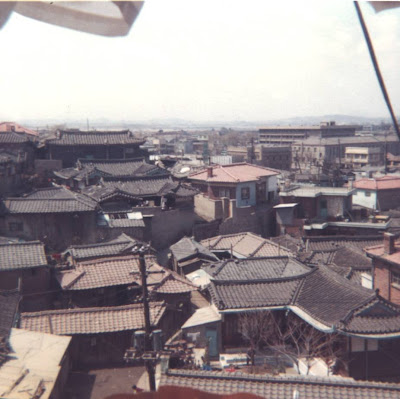 View from the boys' bedroom. 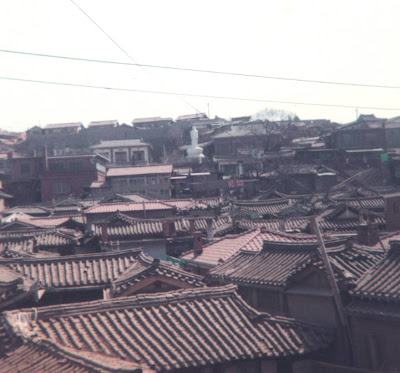 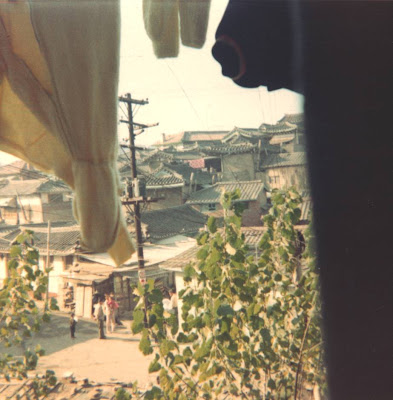 View from the kitchen. 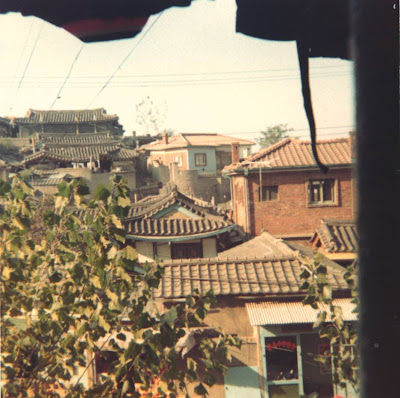 View from the bathroom. 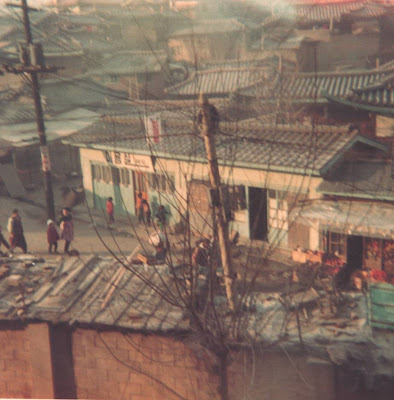 View from the back window. 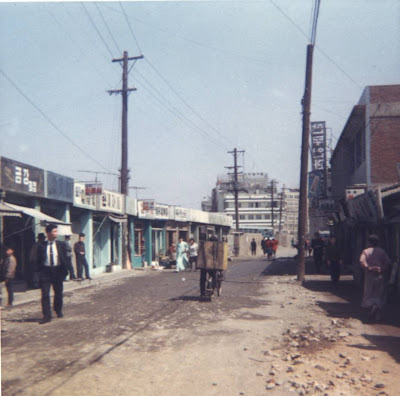 The Mapo market, behind the apartments.
Thank you very much for the photos, Mrs. Welch! It's great to be able to see these scenes, especially in colour. The neighbourhood reminds of parts of this one, at least before it was destroyed.

As documented in my aforementioned post, this neighbourhood would, by the late 1980s, see numerous office towers sprout up along the main street. 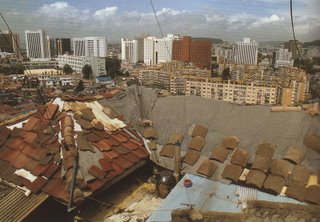 The golmok neighbourhood surrounding it would soon be destroyed... 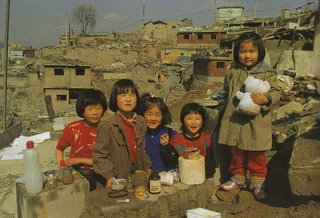 ... a fate shared by the Mapo Apartments themselves. The area then became covered with villas and much taller apartments. 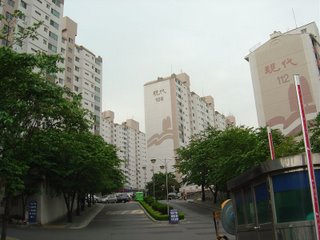 These apartments today tower over the landscape much as the Mapo Apartments dominated their surroundings in the 1960s. And here ends the latest installment of "Korea's apartment complex."
Posted by matt at 9:06 AM

Over at Jon Dunbar's Daehanmindecline blog, in the UA Explorer section, he has photo blogs depicting the demolition of a couple of neighborhoods just north of Dohwa-dong. Very interesting stuff.

But coincidence, I was walking around those neighborhoods and Dohwa-dong on the same day, a couple of weeks ago. There still are a few stretches on the hills around neighborhood that feel like slums from the 1960s.

Scratch that. The neighborhoods as seen through Ms Welch's apartment looking quite nice. The ones I went walking through are in pretty bad shape, and are all grey, cracked concrete, not a piece of wood in sight.

Still, interesting to walk through a place like that, especially when there are pictures of what it used to look like, not so long ago.

Incidentally, that northern area Mark mentioned is the subject of a photo exhibit called "Trash Mountain" at Sogul Gallery, not done by me.

thanks for this post. I lived in these buildings between the ages of 4 to 9 back in the early 70's. This post brings back a lot of hazy memories. Don't know much about Korea anymore but I sure do miss kicking the soccer ball around in the front yard of those buildings.

In case CJ ever checks in on this site - my sons learned to play soccer by kicking one around with the neighbor kids, too - maybe one of them was you? 1969-1970.