Over at the Marmot's Hole the other day, Robert posted a photo essay looking at the Southern Presbyterian missionary sites of Kwangju. Among the churches, schools and houses are photos of a graveyard, including the grave of Margaret Bell, who died in a car accident on March 26, 1919. According to Donald Clark's Living Dangerously in Korea, The Western Experience 1900-1950, (which can be found here), in that same accident Paul Sackett Crane, a missionary from Mokpo, who had imported the car through Incheon, also died. I couldn't help noticing that there is also a photo of the grave of Elizabeth Letitia Crane (1917-1918) and wondered if perhaps Paul Sackett Crane was her father, before remembering that the author of the book Korean Patterns, published in the late 1960s, was Paul Shields Crane. And then the searching began.

As I found out here, in a memorial written after his death in 2005, Paul Shields Crane was born in the U.S. on May 2, 1919, and as his son relates in an interview here,

He missed being born in Korea by six months: he was born in the US while his parents were home on a leave. They were here before, so he was raised during the Japanese colonial time and he spent most of his youth in Suncheon and went to high school in Pyongyang where his father was a teacher in the Presbyterian seminary. And then he went back to the US for college and medical school and during that time it was the end of the colonial period in World War II. He came back in 1947 [.]

He was born to Dr. John Curtis Crane and Florence Hedelston Crane, and as they were in Korea before his birth, I'd imagine they were knew the other Crane family (perhaps they were related?), but have no idea which family the infant Elizabeth Letitia Crane was born into. His parents were based in Suncheon, and Donald Clark's book also describes the missionaries' summer retreat in Jirisan, writing that "The children learned to collect wild flowers by the trails, and there are oldsters who still remember helping Florence Crane collect flowers for her book Flowers and Folklore From Far Korea" (I love the cover design).

John and Florence Crane are better-known for running the Presbyterian missionary station in Suncheon, which was written about in coverage of the Yosu-Suncheon Uprising in October, 1948 (about which more can be found here). As Time Magazine reported,

U.S. Lieuts. Stewart M. Greenbaum and Gordon Mohr, Army observers in Sunchon, narrowly escaped death. The rebel sergeant assigned to kill them was an old friend, who had drunk beer with them in their billet many times. He took the two officers into a field, fired into the ground and then led them to the Presbyterian Mission of Dr. John Curtis Crane, who was barricaded in with his wife and four other missionaries.

From one of the doctor's shirts and a few colored rags the ladies made a 16-star, eleven-stripe U.S. flag and put it up. The rebels began pounding at the compound gate, yelling: "Let's kill the Americans!" Suddenly one shouted: "No, no, not them; they are my friends." It was the lieutenants' friend, the sergeant. The rebels went away.

Gordon Mohr, who 'narrowly escaped death," relates a much more brutal and gruesome tale of his experiences in Suncheon here, though I should warn that it's filled with accounts of torture, murder, mutilation and rape (often all taking place at the same time, with too much of it involving children). Not to doubt his account, but this account of his life (which mentions his experiences in the Korean War) also describes how he came to realize that the Jews were funding the communists to take over the world, with examples of his essays to be found here. Ahem.

By the time of Yeosu-Suncheon, Paul Crane had returned to Korea and rebuilt and expanded a hospital in Jeonju. This interesting interview with Howard Macdougall, a doctor assigned to Korea during the American occupation period who worked in public health, looks at his association with Crane at that time (it's halfway down the page, or do a page search for 'Korea'). As the memorial tells us, "A World War II veteran, Crane was recalled to military service and served in Korea as the chief of surgery at the 121st Evacuation Hospital and later as the commanding officer of the M.A.S.H. unit immortalized in the hit television series, M*A*S*H." A 1953 Time article describes his work in Jeonju and mentions that his father father was now living in Mississippi. His work in Jeonju is described (via the Jeonju Hub) in this interview with his son, Dr. James Crane, during a recent visit to Korea (Part 1, 2).

The memorial also mentions that "[d]uring his years in Korea, he was a regular contributor to the “Thoughts of the Times” column in the Korea Times newspaper." Before leaving Korea in 1969, Crane wrote, in 1967, a book titled Korean Patterns, which attempts to explain the 'Korean mind' and society to foreigners coming to the country for the first time. A contemporary review of it is here, while criticism of it as being 'orientalist' and 'embarrassing' for the R.A.S., who chose not to reprint in in 1997, are looked at here. I picked up my copy (published in 1999) at Kyobo Bookstore, and it now has a new preface explaining its use in learning about "the attitudes of yesteryear." Much has changed in Korea since it was first published, both materially and socially, and so have many of the attitudes and practices mentioned in the book. But there are still vestiges that remain, and it's interesting to see where they come from. Of course, some things haven't changed much at all, as this illustration from the book reveals: 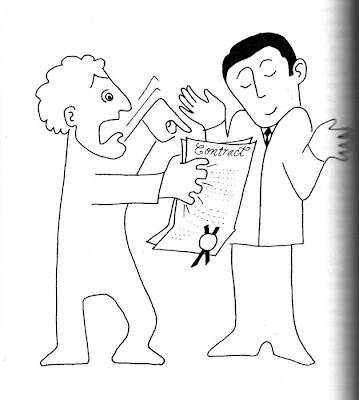 I had written about this over at Brian's Chŏllanam-do blog, where I mentioned a part in Crane's book about people shitting on the floor of hospitals. That was the Crane book, right? If I read that, it was some five years ago, and I don't remember exactly.

Crane was a doctor who witnessed the worst aspects of Korea (e.g., health problems in the 1950s) and then blogged... er... wrote a book about it, making generalizations about all of Korean society based on the clinical experiences. (From reading your description of him having grown up in what would have been very poor and very rural Korea back when the Japanese were in power, I suppose that might have affected his impressions as well.)

Today's bloggers do much the same thing, except their hospital inmates are now hagwon owners, taxi drivers, and drunken ajoshis on public transport. ;)

Anyway, Brian's characterization of the book was much the same as mine (I was told to use it in a Korean culture class I taught): it's insightful about Korea (at the time it was written) but it's equally insightful about Western impressions of Korea.

I think it's good that the book can still be found but with the caveat you mentioned: this is a depiction of someone's impressions of the Korea of yesteryear. But really, it is just as much an insight into the author's mindset as it is into Korea. I had talked to people who read the book in its contemporary era and found it to be problematic even then.

As with anything else, it really is a "your mileage may vary" kind of thing. Perhaps I have been extremely lucky, but I have had very few problems with contracts being violated (the only outstanding incident being perpetrated by a White American back in the 1990s). My current employer is a stickler to following contracts, even when it's not in their favor. I know lots of other people who have the same experiences. Yes, I have heard of hagwon horror stories, but I think it is folly to extrapolate to the entire country the bad acts of a particularly bad segment of the hagwon industry.

But I digress, as I always do. Thanks for the informative background about Dr Crane. I have enjoyed the book and I have enjoyed talking about the book with people. It's certainly a conversation starter, but it should never be the final word.

Paul Sackett Crane was the brother of John Curtis Crane. After he was killed in the car/train accident his wife Katherine and her two small children returned back to the United States. She was met at the station by Paul's younger brother William and is said to have fainted because of the close resemblance with her deceased husband. Katherine and William later married. They are buried in Athens, Ga. John Curtis Crane and his wife Florence continued as missionaries in Korea. It is reported that just prior to the beginning of the Second World War John volunteered to stay in Korea. He was placed under house arrest by Japanese authorities but with the help of a Korean detective who was guarding him he was able to escape Korea and was the last American to depart before the war began. John and Florence had five children. Two Elizabeth L. and John C. Jr. died as small children and were originally buried in Soonchon - the graves were later moved to Kwangju. Lillian Crane Southall and her husband Rev. Thomas Southall were briefly missionaries in Korea just prior to the Second World War. I believe they also lost a young child who is buried in Korea. Paul Shields Crane, John's only surviving son returned to the US, graduated from Davidson College and Johns Hopkins. Paul and his wife Sophie (the daughter of China missionaries James Nelson and Aurie Montgomery returned to Korea in 1947 and resigned from the mission in 1969. Florence "Pobai" Crane the youngest daughter married the Rev. William Heffelfinger - like her mother Pobai was a noted artist. John and Florence are buried in Biloxi Mississippi.