"Middle school girls will do anything"

On the morning of January 15, 2005, NoCut News published the first of two articles that day about the English Spectrum incident:

"Middle school girls will do anything": stir over foreign instructor comments spreads 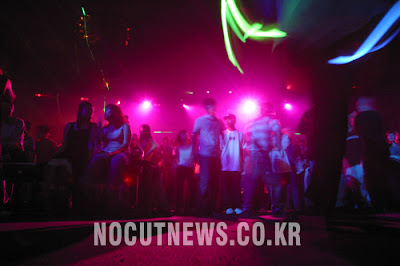 As a posting by a native speaking foreign language instructor demeaning Korean students and discussing [how to] sexually harrass them spreads rapidly through the internet, netizens and citizens are seething with anger.

This example of malicious sexual exploitation did not occur in a faraway country.

This is from a posting at a site for native speaking instructors who teach foreign languages in Korea.

The postings include a shocking story saying "I had sex with a middle school girl 20 times."

This article has spread rapidly through the Internet, causing a strong backlash from netizens.

A netizen who read the post said, "We can't send children to hagwons where native speaking instructors teach now." Another netizen argued that "The person who posted it should be found and strongly punished."

The anger of citizens met on the street is no different. Kim Dae-ok (48), who lives in Bangbae-dong in Seoul, said, "How do I feel about foreign instructors.... well, I'm shocked. They seem like they have no regard for us or for the country - not only for women but the whole country."

"It's disregard not only for the person but for the country." "Well-intentioned instructors should not suffer."

However some netizens are saying, "Well-intentioned and blameless instructors should not suffer.

In addition, with many posts appearing criticizing the twisted foreign language learning craze, the controversy over English language postings denigrating Korean students is not easily subsiding.

With a title like "Middle school girls will do anything," it's not hard to imagine why the controversy was "not easily subsiding," and one wonders if statements like "netizens and citizens are seething with anger" are meant to be descriptive or prescriptive. As for the assertion that"[t]his example of malicious sexual exploitation did not occur in a faraway country," there's no proof that it took place in a country closer at hand, either. In quoting a citizen saying that "They seem like they have no regard for us or for the country," English teachers were linked to how Koreans had perceived Americans for at least two decades. That will be the topic of the next post.
Posted by matt at 2:35 PM