Over at Korea Pop Wars, Mark linked to the March Issue of Wallpaper magazine, which led me to this gallery from October. The first image is this: 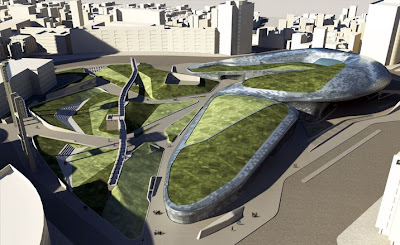 Anyone familiar with the design will recognize it as the new structure being built where Dongdaemun Stadium used to stand. I looked at the process involved in the stadium's destruction over a year ago. What's interesting about the above design is the addition of something new - the section of the city wall that was discovered last September. 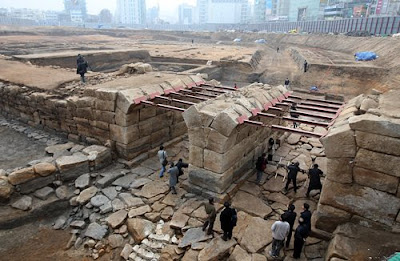 I certainly hope that this is true, and that the city wall continues to stand amid the curves of the 'deflated beachball' (as ZenKimchi put it) that will soon arise there. It's certainly something to be applauded. 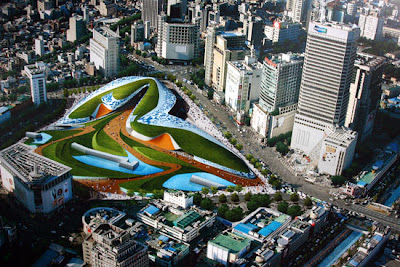 Oh, and I liked the other photo in Mark's post, of the Magok lake park plan.
Posted by matt at 8:28 AM

Does Korea have a forest or more like a mountain reserve ?

"Deflated beachball?" I always thought it looked more like a giant green vagina.