The atrocity next door 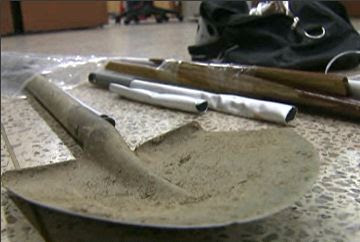 This is a horrible story:

A 17-year-old mentally disabled girl was killed after being beaten almost daily over 21 days by four teens who lived with her, police said yesterday. Seongnam police requested an arrest warrant for the four teenagers on suspicion of assault and homicide yesterday.

They allegedly tied the victim, identified only as Yoo, to a chair for two to three hours and dropped a knife with the blade facing down or poked her with needles under the guise of giving her a tattoo. They also confessed to whipping her with a jump rope.

Wednesday night, Yoo was beaten for "cheating with another man." She lost consciousness after being burned with metal spoons and chopsticks that were heated up in a microwave oven. The four teens left Yoo and told her not to play sick. They found her dead Thursday.

Once Yoo’s friends, the four suspects put rope around her corpse and wrapped it in a bed sheet. They buried her at a nearby mountain 1.7 kilometers away from the scene of her murder. 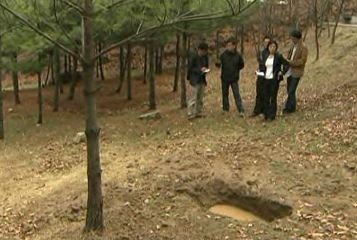 The article goes on to describe Yoo's tough childhood and how she met Lee (male, now 19) via internet chatting and met in person in July 2007. It continues:

“Kang,” (19) a friend of Lee, invited Lee, another friend “Kim”(19) and Kim’s sister to his house in Seongnam, Gyeonggi Province, after he was left alone in the wake of his father’s death. The four teenagers moved in together last year, and Lee invited Yoo to join them in January.

“I thought they were just hanging around. I had no idea such an atrocity was being committed in the house,” a neighbor said. Kang’s house is in a residential area with many houses huddled together. 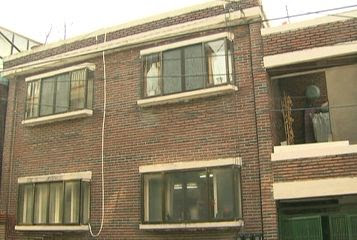 Lee began to suspect that Yoo was cheating on him with Kim. After Kim told Lee that Yoo approached him first, Lee began beating Yoo Feb. 26. When Yoo tried to return home March 14 to Pyeongtaek, Gyeonggi Province, Kang and Kim followed her and pushed her father away when he tried to keep his daughter at home. Yoo was then brought back to Kang’s house.

One wonders why the father was powerless to stop them. Police think the teens were after Yoo's monthly disability subsidy, and that they had been living off of it since January. This article mentions that a park worker noticed that the area where she was buried had a patch of grass missing and thought it looked strange and called the police. News video is here and here.
Posted by matt at 8:06 AM

this is pretty terrible. the 4 teens should be put on death penalty

how did her father not know, rlly