On Thursday I saw this inch-long hornet on the pavement at an intersection near my house. I wouldn't want to be stung by one - my three experiences with hornet stings, by much smaller hornets, have been enough, thanks. You can watch them in action here. 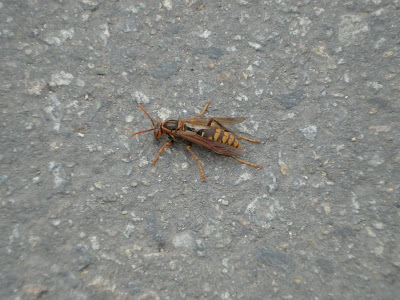 The pulsating abdomen was not very inviting.
What I didn't realize is that this was an omen of things to come. Later that night I woke up to the sound of this charming lady: 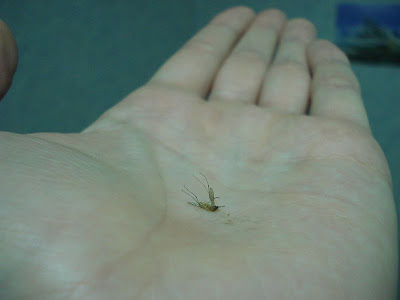 It happened last night too, though the latest one is still at large. Considering - at least in my area - that they seem to go through a resurgence in October or November, it seems like its going to be a long spring-summer-fall.


By the way, my most memorable moment with hornets was when my father climbed up to the eaves of our house at night and cut a 6-8 inch diameter nest down, dropping it into a paper bag. His plan to consume the bag in a large fire was delayed when he realized he'd forgotten to bring matches, so he walked into the house to get some - along with the paper bag full of very angry, buzzing hornets.
Posted by matt at 8:21 AM

The pulsating abdomen was not very inviting.

That's what she said.

My most memorable moment with hornets was working on the English content for a Korean-language documentary on "말벌." Fascinating creatures, I have learned, but that's as close as I want to get.

Nine bee stings is enough apian and/or vespine pain for one lifetime.