Photos of the Uprising Anniversary in 2005

Brian's post about his trip to Kwangju this year for the anniversary of the uprising has prompted me to post a few photos from my trip there in 2005, which I looked at briefly here. I arrived on May 21, and as it was a Saturday, it was the day of street celebrations. 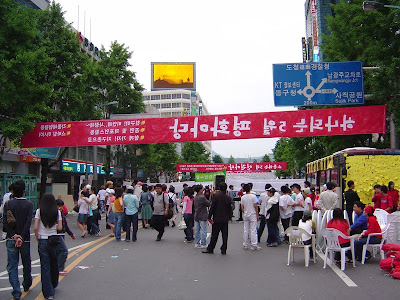 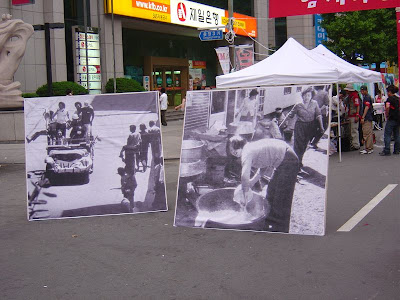 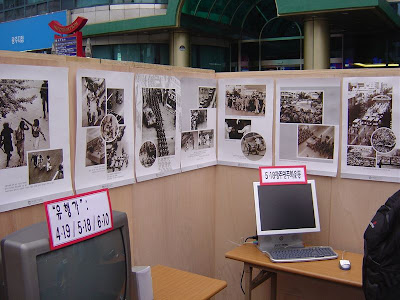 It was, at that time, as far as I saw, purely a celebration of the uprising, and the event was one based on civic pride. A few of the high school students manning the display above told me their fathers had taken part in the uprising. Below is a comic portraying the events of the uprising, namely the troops firing into the protesters and the formation of the citizen's army: 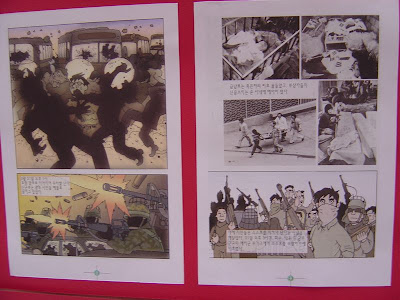 There was a re-enactment of the uprising (of the same shooting, in fact), which I looked at in the post I mentioned above. Here are the buses used in the re-enactment. 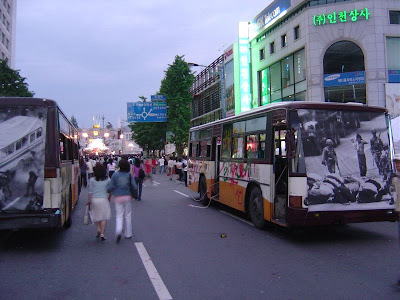 The event that year was called 'Red Festa', a name which seems designed to give people like Baduk an aneurysm. I wonder if it was influenced by the 2002 World Cup "Be the Reds" T-shirts? I really don't know. I didn't see any other political causes linked to the uprising anniversary. 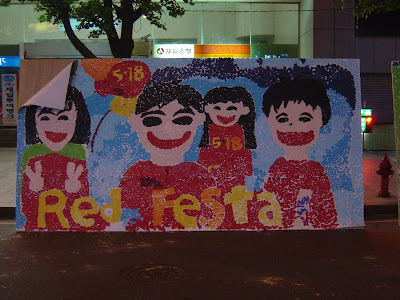 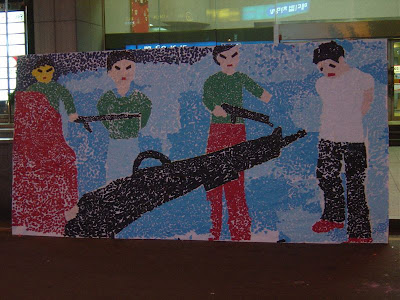 The mural above is obviously based on the picture below. 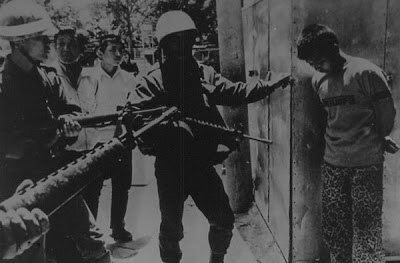 A concert with pop and hip-hop performers began while images from the uprising played on the screen at right. 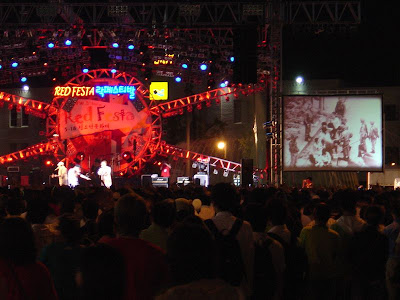 The next morning we stopped by the memorial in front of the provincial hall, where the final battle was fought between the citizens army and the national army. 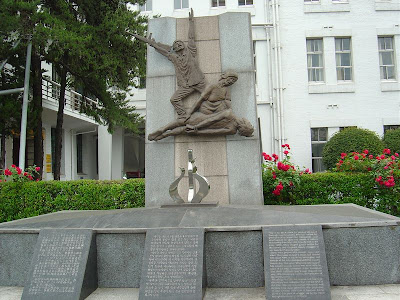 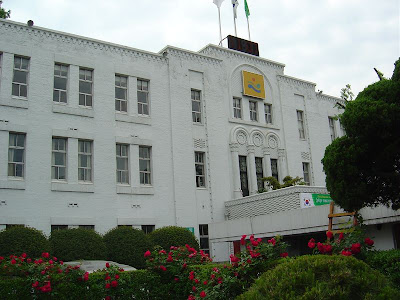 Then we went to the 518 Cemetery. Not being the 18th, it was much quieter than when Brian visited. 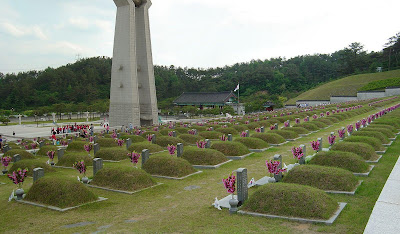 Again, my views of the visit were dealt with in much more detail in this post.

This year Red Festa is next weekend. I'd kinda like to go---Dynamic Duo will be there---but I have other plans. As a matter of fact there are/were a lot of commermoration events that didn't fall on the 17th and 18th. I'm curious to see what the mood will be like at Red Festa, since it is a youth and music festival. I wonder if they'll have a reenactment or murals, since they already had some of that this past weekend.