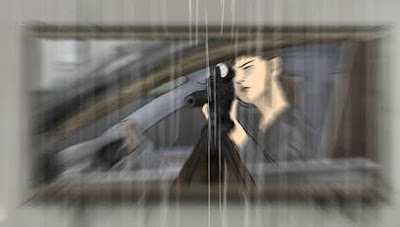 In a comment to this post (titled, oddly enough, "10 Years") Gord Sellar mentioned an online comic about assassins who try to take revenge on Chun Doo-hwan for what happened in Kwangju in 1980. A search for the writer's name turned up this article:

The portal site for Kang Do-young’s cartoon “26 years” was jammed after the last episode was released Sept. 28. Kang, widely known by his pen name “Kangfull,” is a famous cartoon artist whose works have gained huge popularity online. His previous works like “Apartment” and “Babo” have been made into films.

“26 years,” Kangfull’s latest work, tells the story of the May 18th Gwangju Civil Uprising. [...] Kangfull’s cartoon creates a fictional account of what would have happened if the victims’ families took revenge on former president Chun. Five main characters appear in the cartoon; the CEO of a big company who feels guilt for his role in suppressing the revolt and four young people who lost their parents during the event. 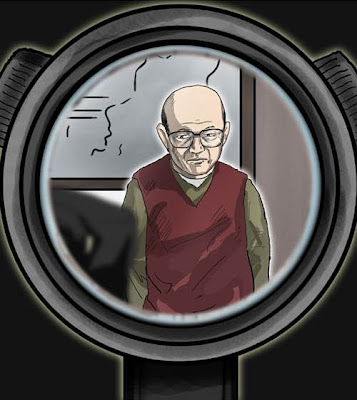 Kangfull said he decided to tell the story after former president Chun said his vast fortune had been reduced to only 290,000 won. The statement reignited anger towards the former president, who many believe has not sufficiently atoned for the pain he caused during his eight-year rule. “I wanted to let people remember the tragic incident through my cartoon,” Kangfull said.

[...] Chungeorahm Film, the production company that created “The Host,” has obtained a copyright for the cartoon.

The comic can be read online here (Kangfull's site is here). I've only glanced at it briefly, but I'd imagine it would make an interesting film (and perhaps more controversial than President's Last Bang). The comic itself is very cinematic in style, and it reveals the characters experiences during May 1980 in flashback. 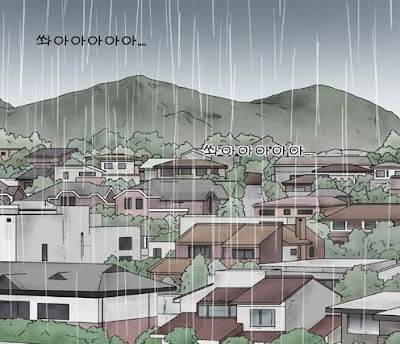 The picture above reminds me that a friend of mine used to live in Yeonhui-dong and would get a fruit basket every new years with a note from the Chun household apologizing for the security in the neighbourhood.
Posted by matt at 3:13 AM

I've read the story from start to finish. Very interesting. Story end with a cliffhanger that demand a conclusive end, which itself will create great debate.

The Kwanju Democratic Movement have a personal dimension to me. I was born in the city in September of 1979. Luckily my family escape the horror, when my parents prudently left the city hours before the martial law was enacted.