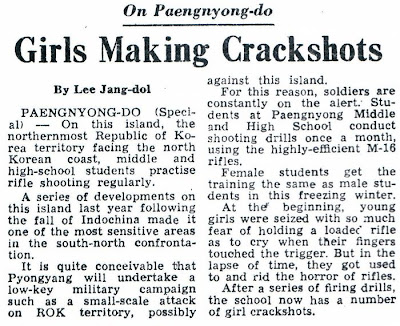 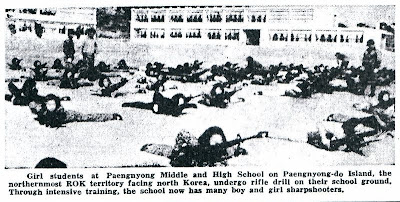 One wonders if the middle and high school girls get such training there now (especially given recent events). Then again, one wonders if there are any children that age left on the island, considering how depopulated Korea's countryside is becoming (with children especially being in short supply). At any rate, the image above reminded me of these images: 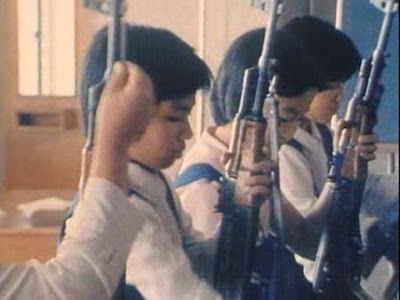 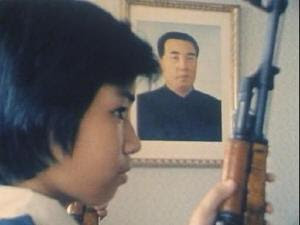 Those photos are taken from the 1989 documentary 'The Parade' (Defilada) by Polish filmmaker Andrzej Fidyk, which covered the celebrations in North Korea marking the 40th anniversary of its founding (I have a copy somewhere, but its a mutant with overdubbed Japanese narration and 30 extra minutes added to it that I downloaded years ago). I'd thought it was the first time an outsider had been allowed to film in the DPRK, but Scott Burgeson pointed me in the direction of Johannes Schönherr's work digging up the history of an Italian / North Korean co-production filmed in North Korea in 1988 called Ten Zan. As it turns out, the entire film can be watched on youtube: