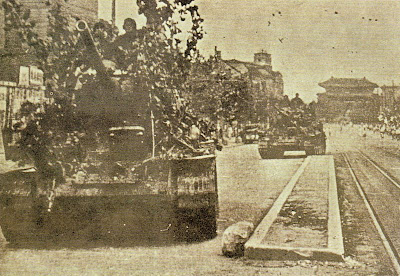 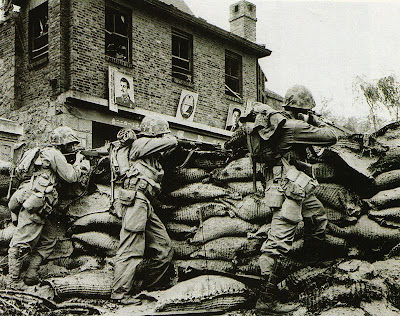 Note the photos of Stalin and Kim Il-sung above, and the DPRK flag on the streetcar below (apparently all of them were decked out this way). 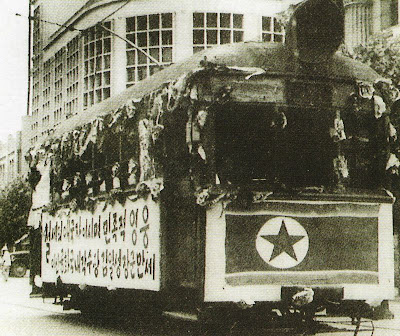 Familiar landmarks can be seem below, such as Seoul Station: 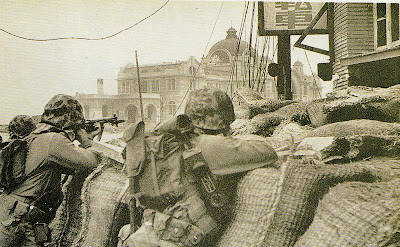 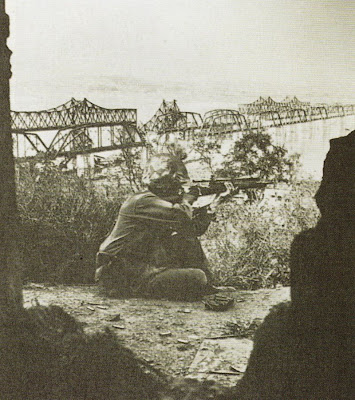 The Capital Building and Bugaksan: 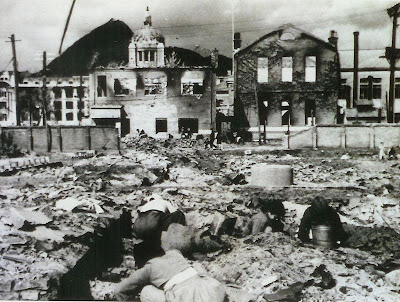 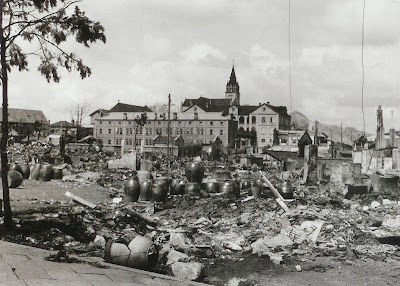 Obviously, it was easier to see those landmarks from a distance when much of the city was in ruins. 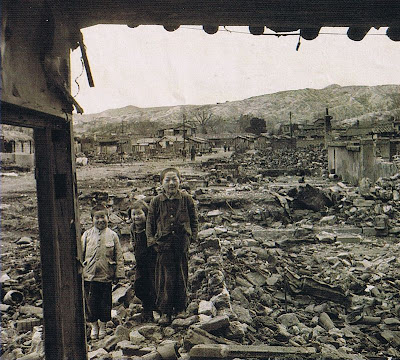 I'll save a somewhat less gloomy photo - taken near Seodaemun - for last. 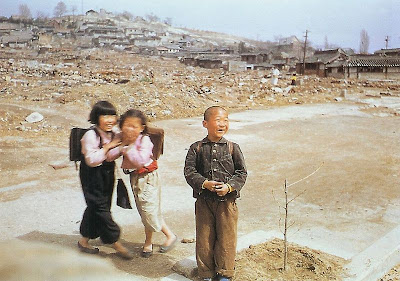 I received a pleasant surprise the other day when I took my recycling out and ran into a security guard I'd never seen before. We chatted, and when he found out I was Canadian he noted that Canada had helped Korea during the Korean War and he thanked me. In nine years living here I've never had that happen. Thank you, sir.
Posted by matt at 6:05 PM

Great photos. I've had a few old boys thank my country's war efforts over the years. It's nice.

Nice story. Good for you! But, all I can recall today is hordes of college students, and not one said a word about 6-25.

Thanks for the photos. My grandfather fought in the Korean War and I'm proud of that. Yes, my family is Canadian.

In the past five years, both of my parents and my sister have taught ESL in South Korea. And my family also hosted a number of South Korean boys here in Canada while they attended school here.

It's nice to have such close connections to this country...