An organic buffet near Mok-dong

A few weeks ago I went to Cheongmirae, a Korean-style organic food buffet restaurant in the very south of Sinjeong-dong (south of Mok-dong). 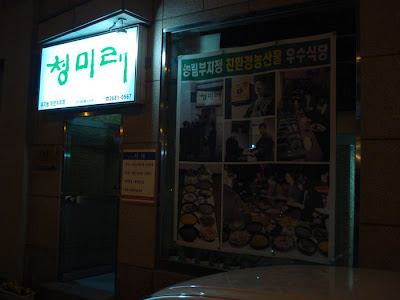 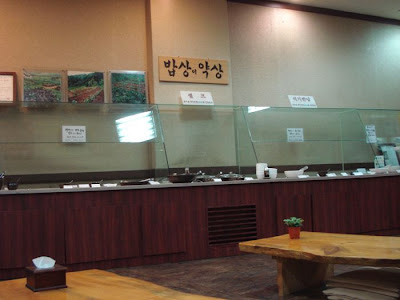 For 13,000 won, you can have all you can eat. There are numerous leafy/salad options... 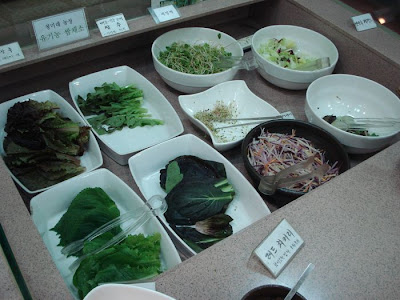 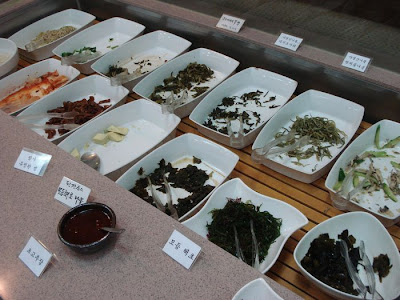 ...and 'meat' options. In the photo below is pork in the middle (which was very tasty), as well as mushrooms on the right and 'fake beef', made from tofu (written as 'kong gogi' in Korean) on the left. 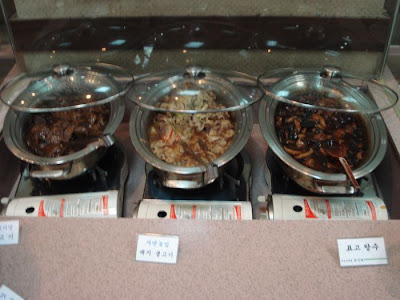 At bottom right is 'fake fried spicy chicken' (which was quite good, even though I'm not much of a fan of bean-based attempts to approximate meat). There was also (real) fish, vegetables, and other interesting concoctions which were quite good, though I'd be hard-pressed to describe them (rice paper wrapped around... tasty brown stuff, for example). 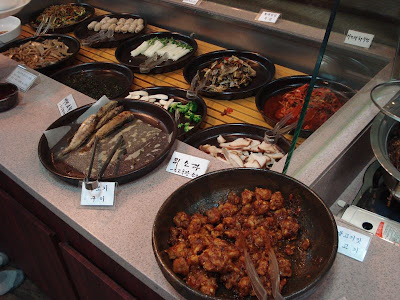 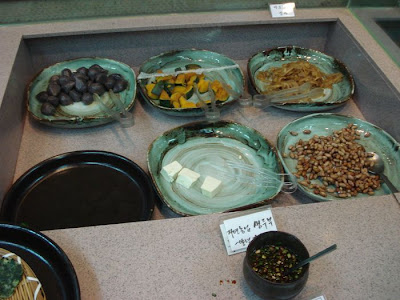 Not seen in the photos are the soups (such as - yes! - chamggae juk, or sesame porridge (which I could happily eat just by itself, and ignore the rest), the fruit, small jeon, or the very tasty dongdongju.

Cheongmirae is ideal for vegetarians, though pork and fish options exist to sweeten the deal for carnivores. While dongdongju (and possibly other drinks - I didn't check) is served by staff, note that you should take your plates up to the kitchen area when you finish - it works more like a cafeteria in that aspect. 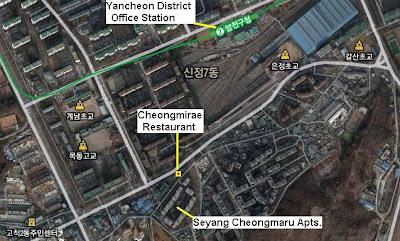 While technically in Gocheok-dong, Guro-gu, it's surrounded on three sides by Yangcheon-gu, and is across from the Seyang Cheongmaru Apartments (세양청마루 아파트); it's in the basement. It's possible to take bus 6617 from Yangcheon District Office Station, though a taxi might be easier. An even easier option, considering how out-of-the-way the Line 2 spur is, would be to take a taxi from Mok-dong station on Line 5.

I'm not sure of the hours, but we were there until 8:30 on a Sunday night.

(Crossposted at Hub of Sparkle)
Posted by matt at 8:20 AM

Last I was there they sold some really nice jars of peanut butter for 15,000. They're big jars and the stuff is delicious.

This is nice, so thanks for the information.

I'm often asked about vegetarian-friendly restaurants in Seoul, of which there are surprisingly few.