George Foulk's photos of Korea in the mid 1880s

Via the Marmot's Hole, we learn that UW Milwaukee has posted numerous old photos of Korea on its website, including 43 taken by George C. Foulk between 1884 and 1887. I've written about Foulk (who accompanied part of the Korean entourage who visited the U.S. in 1883 back to Korea) before. Before Foulk arrived in Korea, Percival Lowell (who had accompanied the Korean group to the U.S.) spent a few months here, taking photos (which can be found here; click 'search'), and writing a book about his experience, which I mentioned the other day here. 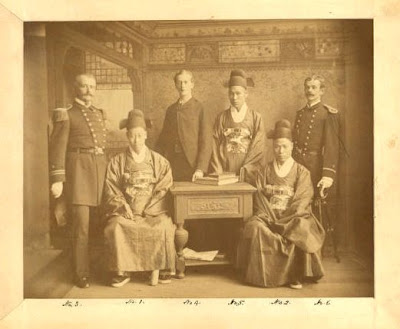 Above can be seen members of the party that traveled to (and within) the U.S. Lowell is in the center and Foulk is on the right. I'll have to add a few of Foulk's photos to the post about the city wall, as he took several photos of it, especially near Namdaemun, which can be seen in all of the photos below (the ones with no borders can be clicked to enlarge): 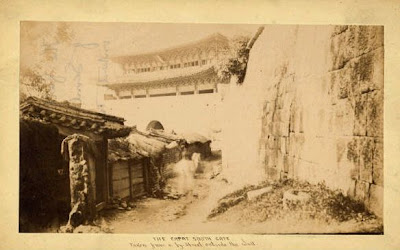 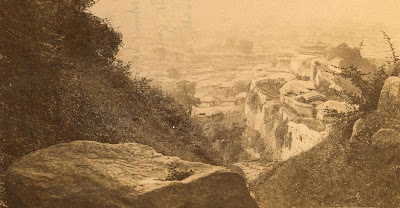 This photo from April 1885 includes Horace Allen and his wife, and is taken in Biwon, the secret garden of Changdeok Palace: 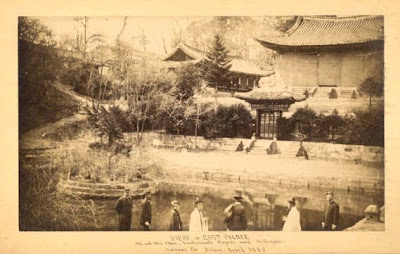 What's remarkable about his photos is the fact that he took several from high vantage points in the city and provides some incredible shots of the cityscape. Below, in a photo taken from the U.S. legation (near present day Deoksu Palace) you can see Gwanghwamun and the throne hall at Gyeongbok Palace, as well as Bugaksan (at left). 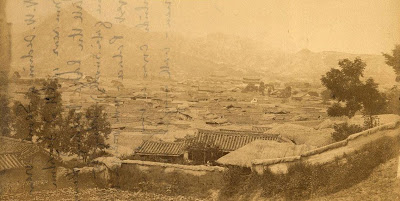 The following two photos actually seem to go together to form a panorama, and seems to be taken from the lower slope of Inwangsan. The wall in the photo is not the city wall (it's too small and is going in the wrong direction (down when it should go up)).

Visible above is Gyeongbok Palace - you can see Gwanghwamun and the throne hall, as well as the southwest corner guard tower (Dongshipjagak's counterpart), long since destroyed. Below at left you can see in the distance the forested area that is Jongmyo, as well, in the center of the photo, a white streak that is Jongno. 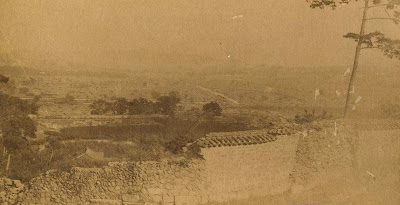 Below is Yeongeunmun, where diginitaries from China were met (before it was replaced by Dongnimmun and Seodaemun Prison was built behind it). 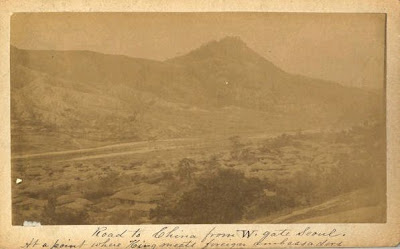 What I really found interesting about the photos was that they exist at all. In his presentation on Foulk, Samuel Hawley mentioned that Foulk's photos were stolen, but apparently some survived. I'd love to read the books Hawley edited of Foulk's letters and his travel journal, but they're a little too highly priced (at the moment).
Posted by matt at 8:06 AM

I spent a good hour with those when they popped up in Coyner's email list. Was trying to place where some of those on the wall were on Google Earth. I think they were on the northwest end of Namsan.

The link to the original source of these photos: