Last fall I began writing about the three foreign correspondents - Jack London, Frederick Arthur McKenzie, and Robert Lee Dunn - who were the only foreign correspondents to arrive in Korea in time to report on the first two months of the Russo-Japanese War. While London and McKenzie both wrote books or articles about the war, only Robert Dunn's photos were available to me, and information about his past was difficult to find. 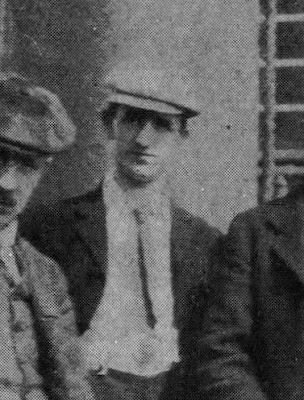 Robert Lee Dunn
The index of papers in the Dartmouth College library for Robert (Steed) Dunn seemed odd (Dunn's middle name was Lee, not (Steed), but the brackets raised questions), but the inclusion in those papers of a folder titled "1904, Korea, Japan" seemed to confirm that this was indeed the same Robert Dunn. Or so I thought until Scott Dunn, a relative of Robert Lee Dunn, emailed me and pointed out that this was incorrect (due, it seems, to the mistaken inclusion of material belonging to Robert Lee Dunn in the papers of Robert Steed Dunn). Here is information about Robert Lee Dunn, about whom there is very little information on the internet. Many thanks to Scott Dunn for this information:

Robert Lee Dunn was a photographer and correspondent for Harper’s and Collier’s Weekly and also covered a variety of other photography assignments, some listed below.

1902 President Theodore Roosevelt tour [If it was his New England Tour, some photos (not necessarily taken by him) can be seen here].

President William Taft (before and during presidency)

[Dunn accompanied then secretary of war Taft on his round the world tour in 1907, leaving Seattle on (Friday) September 13, visiting Yokohama, Tokyo, Kyoto, Kobe, and Nagasaki between September 28 and October 5, visiting Shanghai October 8, Hong Kong October 12, the Philippines between October 15 and November 9, Vladivostok on November 17, taking the trans-Siberian railway to St. Petersburg between November 19 and December 3 (with a two day stopover in Moscow) passing through Berlin on December 6, Hamburg on the 7th, and Bolougne on the 9th before arriving in New York on December 20.]

He authored numerous articles and the book William Howard Taft, American (which used many photos from the 1907 round the world tour).

Some of his photos can be viewed by searching the Library of Congress photo files searching under his full name and RL Dunn.

Robert Lee Dunn was very entrepreneurial and moved around the east coast and then eventually moved to California . He proposed building plans for the San Francisco-Oakland Bay Bridge, and eventually settled just outside of the town, Columbia , Tuolumne County, CA . His property had a sizable limestone deposit and he developed the Port Stockton Cement Company. He attracted numerous stock holders but never really produced any cement. He lived there up until his death on 5/27/1953. He and some family members are buried in the cemetery which is within the boundaries of the Columbia State Historic Park .


Unlike Robert Steed Dunn, R.L. Dunn seems to have never gone to Alaska, but he does have one Alaska connection: In 1904, after returning to the U.S. from Japan, he photographed Sen. Charles Warren Fairbanks, after whom the city of Fairbanks, Alaska, had just been named.

Using this information, the original post will have the following added to it:

Meanwhile, by this time back in Japan, Colliers photographer Robert Dunn had been dispatched to Chemulpo, leaving soon after the Siberia reached Yokohama. Dunn, who was 29 at the time, was born on October 15, 1874 in Memphis, Tennessee. 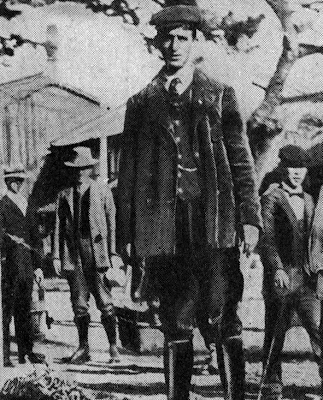 He became a photographer and correspondent for Harper’s and Collier’s Weekly, covering Theodore Roosevelt when he was Governor of New York, President McKinley's visit to San Francisco in May 1901, and Prince Henry of Prussia's visit to the U.S. in 1902. He covered Theodore Roosevelt taking the oath of office after the assassination of President McKinley in Buffalo in September 1901: 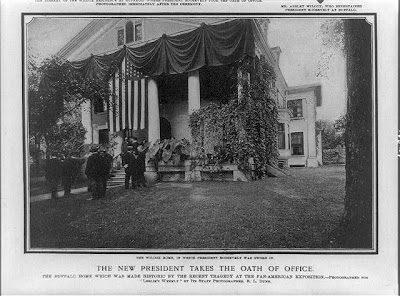 (From the Library of Congress)
As Frederick McKenzie wrote of him,

Dunn is American every inch. A Tennessee man, trained in New York, he will do anything, bear anything, go anywhere, to get a beat. He is capable of asking a General to delay a bombardment until the light grows better for picture taking.

The qualities that McKenzie describes are what helped make Dunn one of the only three correspondents to slip out of the Japanese military's grasp and sneak into Korea before the war started, and would serve him well on the arduous journey ahead.
Posted by matt at 2:13 AM

I am writing a book on London's Asian connections with Asia and stumbled on your site. Very interesting.