While looking up information on the Bando Hotel for my last post, I found this article about Korea written in 1971 by Darrell Houston (whose other articles, mostly about Japan (including Yukio Mishima's death), can be found here). There are some things I didn't know about Korean exports in the early 1970s:

And last year something like half a million chipmunks, at 600 hwan apiece, were shipped to Japan. Despite the suggestion by some wags that the critters occasionally end up in the sukiyaki pot, the chipmunks are much favored by the Japanese as household pets.

No wonder chipmunks are such a rare sight on the peninsula! I also became interested in this passage:

Right now, Park's government Is facing a crisis involving the murder of a popular, and wealthy kiesang girl, the Korean equivalent of a Japanese geisha. Former premier Chung Il-kwon has been dismissed in a cabinet reshuffle as rumors persist that he fathered the murdered courtesan's three-year old son, Song-il. Park, an austere – and careful – politician, has thus far stayed above public reproach.

I was curious to find out more about this, and found this article, which named the kisaeng as Jeong In-suk. I found two photos here (with her son) and here as well. This article is available only through cache, so I'll post it all here. 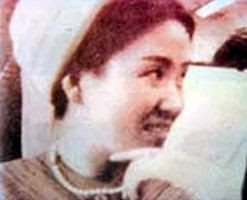 Jeong In-suk, 26, was an alluring gisaeng, a courtesan at a prestigious salon that dealt only with top-ranking officials. Around 11:20 p.m. on March 17, 1970, Ms. Jeong was found dead in the backseat of her Jeep ― murdered by a bullet to the head and one through the left side of her chest.

She left behind a 3-year-old son by an unknown father, a notebook with the contact information of 26 dignitaries and a special passport, which was then available only for high-ranking officials. Thus was born the Jeong In-suk mystery. 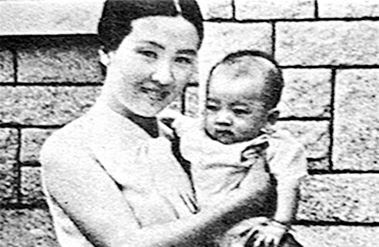 The night she was killed, her elder brother, Jeong Jong-wuk, had been driving the Jeep, and had also been shot. But he was only injured, shot in his right thigh. He stopped the car on the Gangbyeon Expressway and asked for help from taxi drivers as they passed by. The police eventually made Mr. Jeong the No. 1 suspect, but he denied any part.

For five years, Ms. Jeong had been a top-ranking gisaeng, and rumor had it that her clients included then-President Park Chung Hee. People speculated about who the baby’s father might be ― maybe the president, or Jeong Il-gwon, the then-prime minister, or any number of who’s-whos. 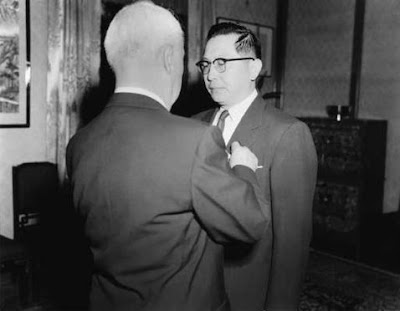 Ms. Jeong, when she was alive, had become the talk-of-the-town; not something that her important benefactors appreciated. So she was sent to Japan, and then to the United States.
On this date, however, she was back in Seoul, packing to move to the United States forever, never to return.

According to the police, Mr. Jeong was not at all happy with his sister’s “untidy” relationships with men, and shot her. Then, to make the murder look like an accident, he shot himself in the thigh and threw the pistol out the window. After his initial denials, Mr. Jeong eventually confessed his guilt and served 19 years in prison.

But that was not the end of the story. After getting out of prison on parole in 1989, Mr. Jeong insisted that he had been forced to confess, and that a big-time politician had promised leniency as a reward. He said two strangers had shot him and his sister, but not before saying “We are running an errand for the National Intelligence Agency.”

He also said Prime Minister Jeong Il-gwon was the baby’s father. The son, now grown and living in the United States, flew to Seoul for DNA testing, but the former prime minister refused. The Jeong In-suk mystery remains unsolved.

If the story wasn't interesting enough already, it would take a turn for the wierd almost 37 years to the day after her death, on March 16, 2007.

The police Friday arrested a 38-year-old man on suspicion of orchestrating last month's kidnapping of a golf course owner. The suspect, Chong Song-il, is the son of Chong In-suk, a woman who was believed to be the mistress of a high-ranking official in the 1960s and who died mysteriously.

Incheon International Airport Police arrested Chong near his house in southern Seoul early yesterday morning, 18 days after the kidnapping. On Feb. 26, the owner of a golf course in Kyonggi Province, identified by his surname Kang, his 24-year-old son and his driver were taken abducted by a group of men at the airport.

They escaped two days later from a villa in PyeongChang, Kangwon Province, where they had been held. Kang claimed two of his relatives had ordered gangsters to kidnap him in a plot to take over management of the golf course. Earlier this month the police arrested the 66-year-old uncle of Kang, identified as Yoon, and a former senior prosecutor, Kim, on suspicion of planning the abduction. Chong is suspected of leading a team of six who kidnapped Kang and the two others.

According to the police, Chong suggested the kidnapping to Yoon and Kim at a restaurant in Seoul on Feb. 20. He asked Yoon to give him 150 billion won in exchange for Yoon usurping the management from Kang. When Yoon accepted, Chong organized the team and kidnapped Kang. Chong reportedly admitted his involvement but claims Yoon and Kim led the abduction.

His mother, Chong In-suk, was found dead after being shot on a road near the Han River in 1970. The culprit was never found. As she was the mistress of a high-profile political figure, speculation has mounted over the identity of her then-three-year-old son's father.

The son, Chong, left for the United States in 1985. In 1991, he filed a suit against former Prime Minister Chong Il-kwon to confirm he was the politician's son, but withdrew the suit one month later.

Orchestrating the takeover of a golf course? There may be something to this talk of his being fathered by a politician after all...
Posted by matt at 4:18 AM

Thanks for pointing that out - I changed the photo.

This reminds me, since you mentioned the film when we met -- in The Housemaid, there's a scene where the daddy brings home a chipmunk as a pet for the kids, to encourage his semi-crippled daughter to exercise her legs. (The way the chipmunk runs in the exercise wheel.)

Worth seeing, if you get a chance sometime!

Glad that this article still exist on the Internet in 2021..thanks for posting this mate, really "interesting" stuff '-')7