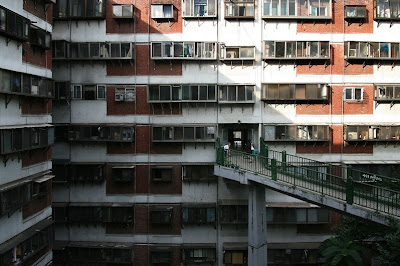 Photo from here.
Looking for something else, I came across this Kyunghyang Sinmun article about the the Hoihyeon Sibeom Apartment on the slope of Namsan south of Myeongdong. It's apparently the oldest such apartment still in existence (I think they mean the oldest 'Sibeom' or 'model' apartments that began appearing in the late 1960s - other projects, like the Seun Sangga predate it, though Seun is a mixed housing/retail project, perhaps disqualifying it). It dates from 1970, and certainly looks unique, built into the hill as it is.

To see for yourself, there are a number of photo blogs, such as here, here, and here, which have numerous photos of the apartment. The one with the nicest photos (such as the ones above and below), however, is here. Be sure to look at photos in other posts listed at the bottom - they're all pretty impressive. 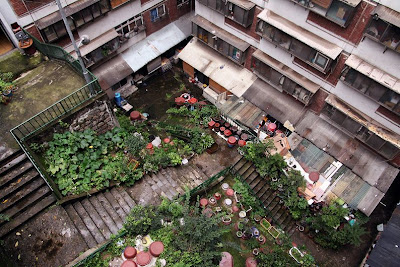 The first apartment complex was the Mapo Apartments, completed in 1963. What's interesting about the photo below is the absence of the long, rectangular apartment buildings which surrounded the complex - they were obviously built later. 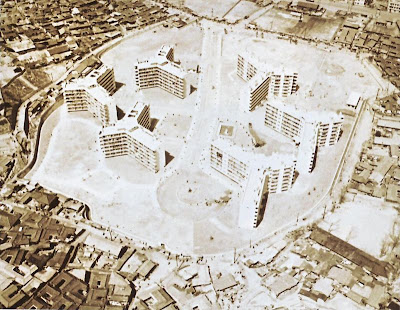 Below is a shot of the area from 1970, with the Mapo Apartments on the left. 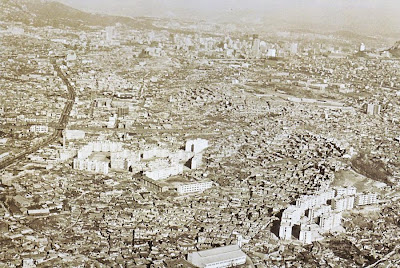 The area would change considerably over the next few decades, a process I looked at in more depth here.

As for my neighbourhood, the oldest apartment building is the Gonghang Apartment, built in 1975. It's slated to be demolished to make way for the Banghwa New Town. 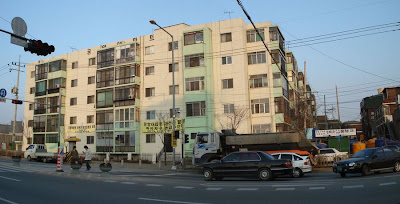