The rain makes it grow

Another month goes by. These are added to the end of this post. 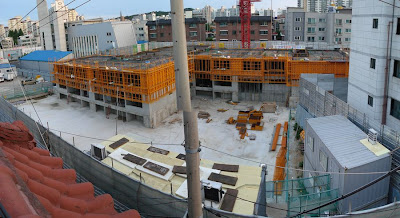 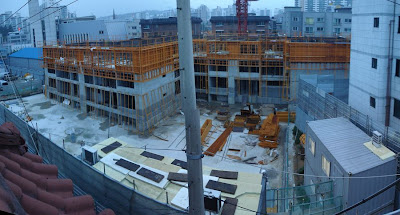 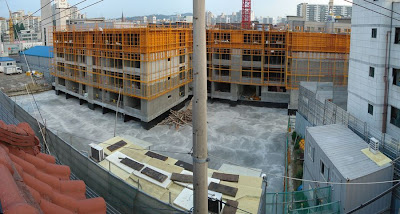 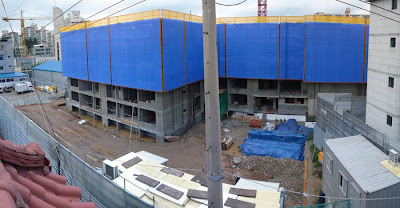 Aug 8
They're working on the fifth floor now, and it's supposed to be a twelve story building, so my guess would be that the outer shell will be done in October.

Oh, and today the ramifications of this sprouting concrete became clearer: A friend who lives across the street from it told me that it's already beginning to block the sunlight in his apartment; as I was walking home, I noticed that it's now poking out from behind the surrounding buildings, which gave me an idea of how the skyline will change over the next two or three months...
Posted by matt at 3:12 AM