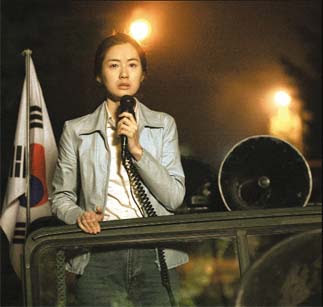 The Joongang Ilbo has a series of excellent articles about two women upon whom the character of Shin-ae (pictured above) in the film May 18 is based. You'll need to use IE to view them.

The film’s director, Kim Ji-hoon, based his female lead on Jeon Ok-ju and Ahn Sung-ryea, both of whom were involved in the democratization movement. [According to Jeon,] “What’s in the film represents only 10 percent of the brutality that took place".

Ahn agrees that the film diluted the massacre’s cruelty, but both said they are grateful it has been made. “This was a chapter of history that should never be repeated and the film was a reminder of that,” said Ahn.

Another article, titled Pages from history, written in Korean blood adds very little, but the other two are interesting to read.

The voice that galvanized an outraged city 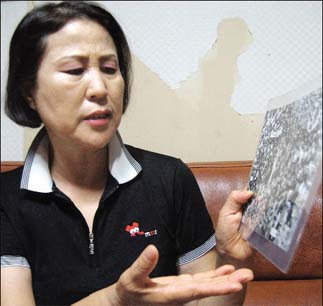 Jeon Ok-ju was 31 in 1980 and had dreams of opening her own dance school. However, within hours she was grabbing a megaphone [...] She started by giving water and kimbab (rolled rice) to injured students and decided to join their protest after seeing the dead body of a high school girl, her breasts slashed open by a bayonet. On the evening of May 19 Jeon heard a voice calling out for volunteers to help get more citizens involved in the resistance. Jeon stepped forward.

She has a number of harrowing stories, such as the one below:

At one point she was in a stationary car. She was eating a strawberry given to her by a middle-aged woman on the street. A bullet flew past her and killed the car’s driver. Jeon has not eaten strawberries since.

Taking part in the uprising was just the beginning, however:

Jeon found herself in the hands of the police after the movement had been suppressed. She was subjected to beatings and water torture for weeks. “Intelligence agents accused me of being a North Korean spy with the secret code name ‘Peony Flower’” Jeon recalled. She was sentenced to 15 years. The following year she was released by special pardon.

She eventually moved near Seoul with her family, but though she was pardoned, the government never forgot or forgave:

“I could not get a decent job. Whenever I did, I would be fired after a few days for no reason” she recalled. 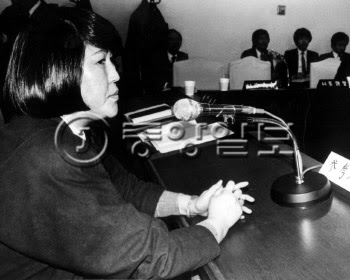 Above is a photo of Jeon testifying at the National Assembly hearings into the Kwangju Uprising on February 8, 1988. It should be noted that the one of the most memorable parts of the film is Shin-ae calling the citizens to join the final stand in the early hours of May 27, 1980, described midway through this article, (which I quoted here). According to Linda Lewis, however, that was another person, namely Park Yeong-sun, a 21 year old college student who had been doing street broadcasts since May 24.

Haunted by the death of a high school girl

I was quite certain, when I saw the title of this article, that I knew who the high school girl would be, and I was right. 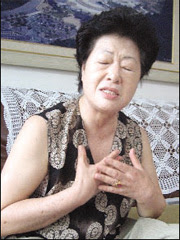 On May 21, 1980, Ahn Sung-ryea, 43, a supervising nurse at the Christian Hospital here found herself amid a bloody pile of dead bodies and gunshot victims. She had been at the hospital for three days treating patients who filled almost every inch of space in the building.[...]

“I felt guilty for being alive, instead of fighting to the death as they had,” said Ahn, who is now 70. “The soldiers were on a killing spree out there. You can’t just call it the suppression of a protest.”[...]

Ahn and her fellow nurses, doctors and janitors were forced to take turns drawing blood from their own arms to supply desperately needed transfusions. Ahn was especially glad when a group of citizens arrived at to the hospital to donate blood. Park Geum-hui, then a high school student with braided hair, was one of them.

“Geum-hui looked at me and said, ‘Ma’am, I couldn’t just sit at home and study. There’s no use going to college if I cannot do anything about what’s happening in my own town,’ ― then she was gone,” Ahn recalled. About an hour later Park returned to the hospital as a mangled corpse. “Her blouse was soaked in blood and she was covered with dust,” Ahn said, her voice growing hoarse. “I collapsed and burst into tears. I cried out ‘The soldiers are evil!’ over and over. My heart was broken.”

She wasn't the only one. 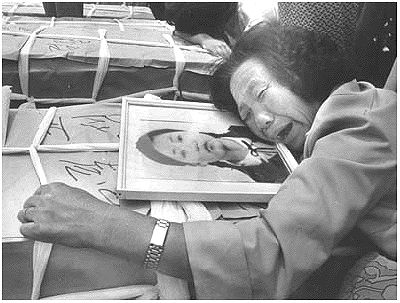 After seeing this photo, and later finding one with a caption titled "Park Geum-hui's mother" (taken at Mangwol-dong cemetery, May 29, 1980), I became interested in how this student died. An entire post about her, and of how she (and the uprising in general) are remembered in Kwangju, can be found here.

Returning to Ahn, on the day Park Geum-hui died:

When she returned home, her nurse’s uniform soaked in blood, she found that her husband, Myung Ro-geun, an English professor at Chonnam National University, had volunteered to be one of the citizens who would negotiate with the soldiers.

The citizen negotiators would fail (partly due to being taken over by protesters who chose to fight to the end), and after the uprising ended her husband would be arrested. Their four children would also be detained or jailed for protesting against the Chun regime in the 1980s.

Ahn rejoiced in 1988 when the National Assembly began hearings on the Gwangju massacre and then enacted a special law to compensate the victims. Her efforts were rewarded when she was elected to the Gwangju city council in 1991 ― she served until 2003. [...] Ahn now runs a shelter, May Mothers’ House, for women who lost their families in 1980. The shelter sits close to Geumnam Street, the major site of many protests.

It's nice to see, however briefly, that what happened in May, 1980 is getting attention from the media and public. Hopefully, considering how many people still live with the physical and psychological scars of those days (and the following months) , something that is of benefit to them will come of it.

CJ Entertainment, the controversial film’s distributor, said that 3.4 million tickets for May 18 had been sold as of Sunday, making it the biggest box office hit among Korean films so far this year.

They're able to say that at this very moment, but D-War will soon beat it, though perhaps only in the short run, seeing as May 18 may have better word of mouth. Of course, the cheap 'patriotic marketing' which this editorial bemoans (and provides a history of) may help D-War prevail in the end.
Posted by matt at 1:28 AM

Nice stuff, Matt (as always). However, all those Joongang stories worked fine on my Safari and Firefox.