The final nail in the coffin of '99 years'

Perhaps no one remembers, but back in late February of last year it was announced that Namdaemun would open its gates for the first time in '99 years'. At the time, I thought this number was wrong, and I found more information about it a year ago, which made me more more suspicious. I'm not sure if it was Jung-gu or Seoul City which were responsible for this claim, but these images from a book published by the city government are rather interesting. The first photo is from 1956, the second from 1960 (Click to enlarge). 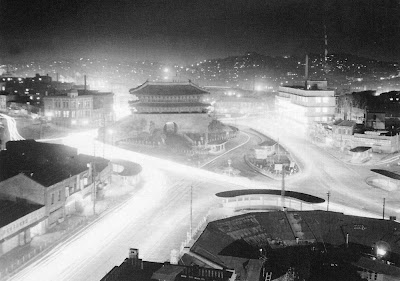 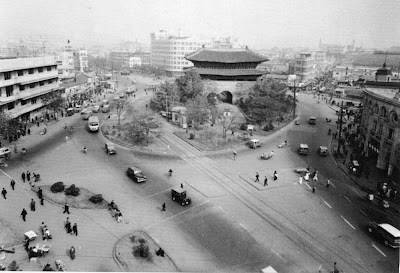 A close look makes clear that the claim that the doors hadn't been open for '99 years' is more than 50 years off the mark.
Posted by matt at 12:35 AM