I've meant to post this short story by James Wade, a vignette from his time in Korea as a soldier just after the Korean War, for some time now. As the ending relates to a discussion going on in the comments here, I thought now was a good time to post it. It appears to take place at Cheongdo station, which is on the gyeongbu rail line south of Daegu, about halfway between Daegu and Miryang. On a related note, I managed to copy Wade's 1975 book West Meets East and his 1971 collection Chosun Limericks at Yonsei University library yesterday, so I have even more of his material to draw upon. 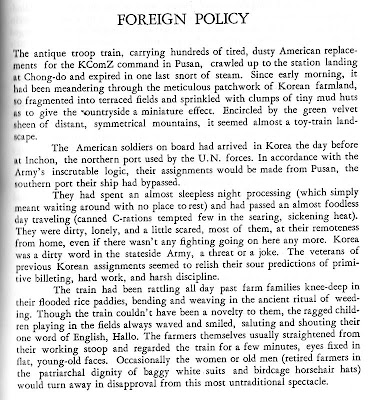 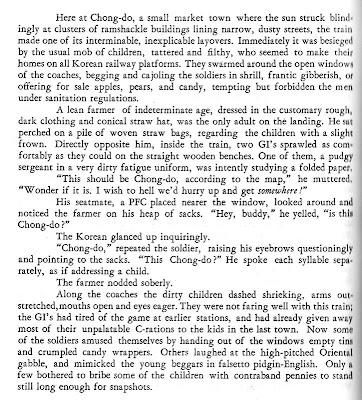 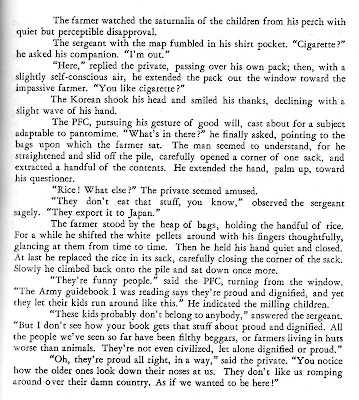 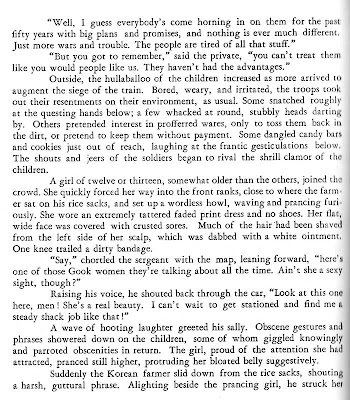 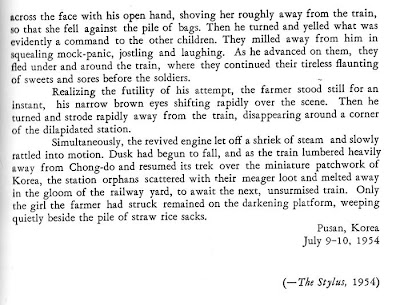