James Wade writes about the different groups of Americans living in Korea in the mid 1960s, and how they felt about each other. Wade wrote about the interactions of different groups of foreigners in Korea in both non-fiction, such as the article below, and in fiction (such as in the series to which this article belongs). This article was written a year before Peace Corps volunteers first arrived in Korea, adding another group of Americans to the mix. As I had to look it up, I'll note that USOM stands for United States Operations Mission, which is briefly mentioned here. 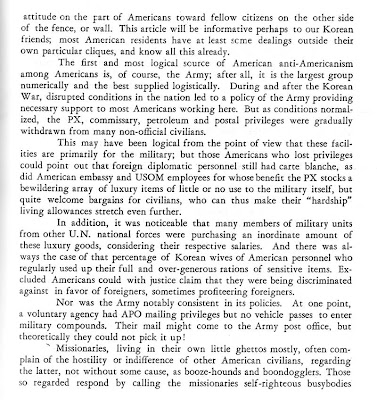 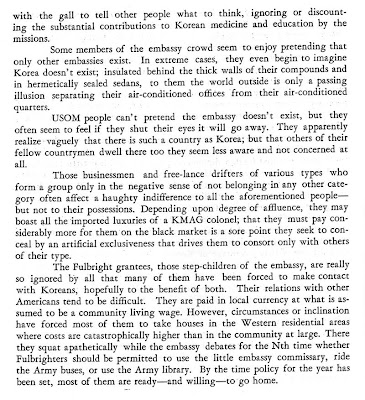 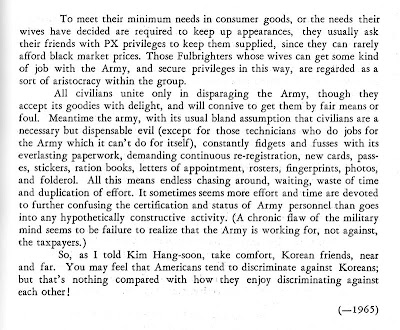