I've been busy on my vacation at home in Canada, and it's been a little aggravating using dial-up internet (though today I have access to high speed at my sister's in Montreal). The weather had been cool and rainier than usual, but knowing what the weather is like in Korea every summer, I haven't complained at all. One thing that struck me at home were the clouds. 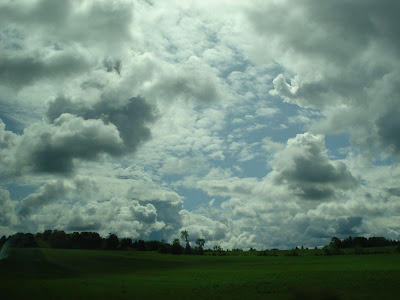 I guess if I noticed them so much it means you just don't see clouds like this in Seoul that often. The dawns are nice, too. 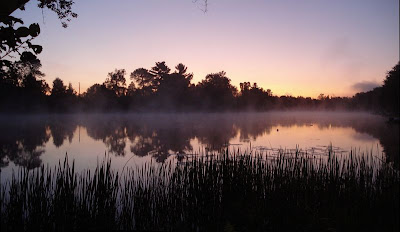 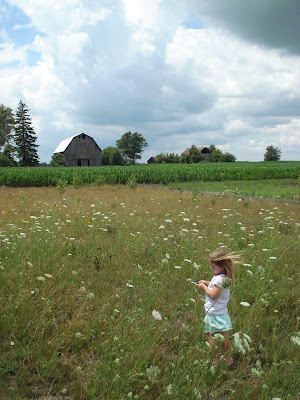 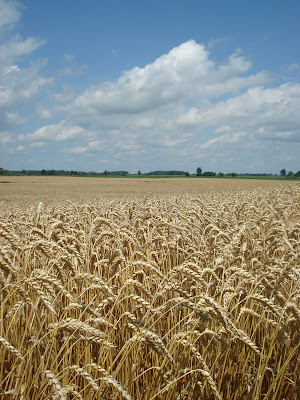 Above are photos at my friend's place in Ridgetown, Ontario. Below, on the left, is what was once a theatre there, but which is now condemned. 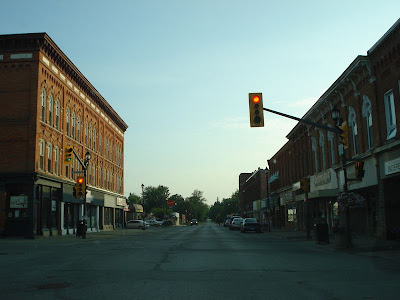 I'm enjoying the wildlife as well. 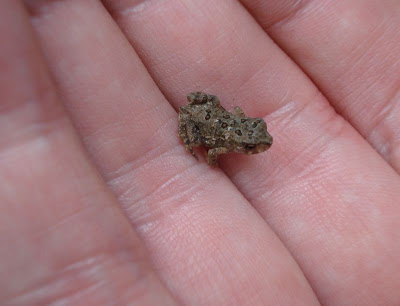 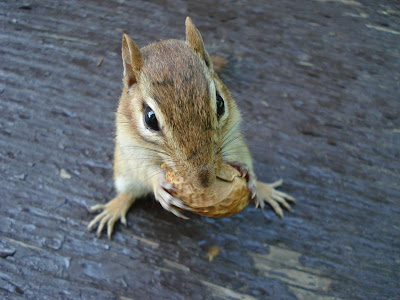 Okay, the chipmunk isn't so wild, seeing as you can feed it. 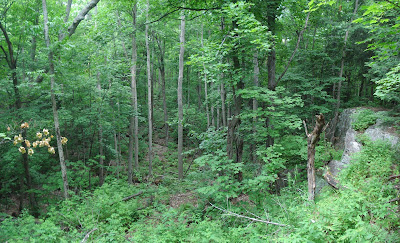 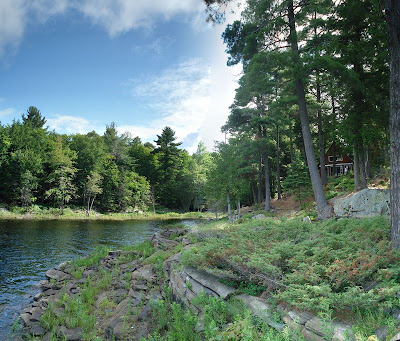 Above are shots around my family's cottage near Parry Sound, Ontario. The only reason we're able to have one is because my great grandfather bought land there in the 1920s. He started visiting the area in the late 1880s, when he stayed with relatives and friends who had built homesteads there (the photo of the one below was taken a hundred years ago). 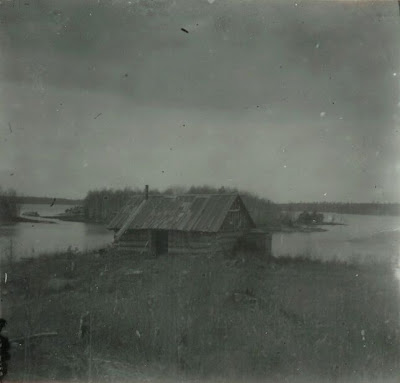 I have letters from 1918 that my great grandmother wrote from the house above, saying that she had to end the letter because their toddler wanted to play with the only pencil in the house.

Nearby are these chutes. 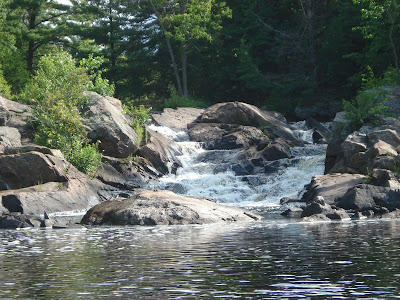 This area was logged 100 years ago and at the time a dam was built above the chutes to control the flow of water. 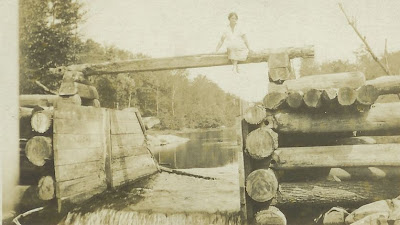 That would be my great grandmother sitting on the dam (I obviously don't get my fear of open heights from her) in the 1910s, below is my grandmother with a friend at the chutes in 1930s... 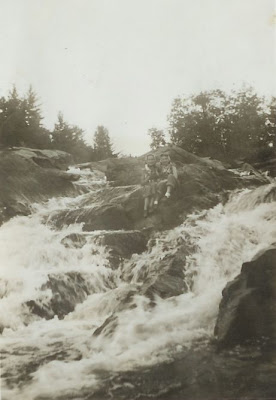 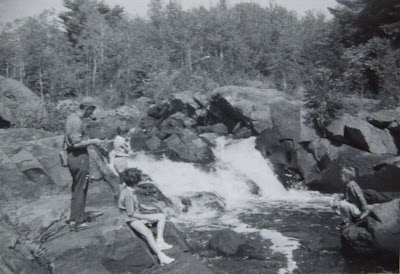 The photos above are the fruits of long hours of scanning hundreds of photos several years ago. It's nice to have them all at my fingertips.

Not much Korea-related stuff to report, other than finding Philip Deane's 'Captive in Korea' (by a journalist held by the North Koreans and Chinese during the Korean War) in a bookstore yesterday, just before catching Park Chan-wook's 'Thirst,' which was... okay. It was nice to be able to see it in a theatre in Canada.

I should have a few posts up this week, and will be back in Korea at the end of the month. I hope everyone there is able to endure the heat and humidity...
Posted by matt at 3:47 AM

This place as we describis makes me long to agree to San Luis, there are plenty Argentina.Alli place. Very nice, and squirrel your story seems identical to the Ice Age

There are more beautiful pics!
Those are lyrical.
Especially,I like the third one which has a little girl in it.
Enjoy the beautiful scenery & wild life in Canada and hopefully see you soon~!

Gorgeous pics; I can almost smell the pine breeze.