A comic take on Kim Yu-na

Eyebrows were raised after Lee Ki-su, university president, said on Wednesday that the institution "delivered" the 18-year-old, repeating a statement from late March that drew widespread criticism at the time. Reacting, KU students and graduates spoke of their embarrassment at the latest claim.

Lee said that KU pumped the spirit of the school into Kim so that she could win the World Figure Skating Championship 2009.

"We can say KU delivered Kim,'' Lee told a forum at a meeting arranged by Kwanhun Club, a senior journalists' group in Seoul. "You can tell Kim made totally different performances from the ones she performed during her high school era. It is a result of the injection of the KU spirit into her. I called and told her a leader in the 21st century should retain an ethnic, pioneering spirit and a conviction for victory."

On a related note, I saw one of my students with this comic book today: 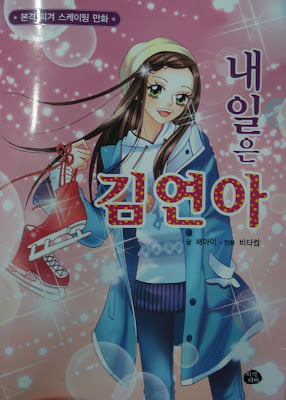 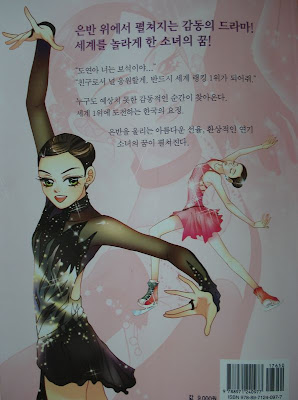 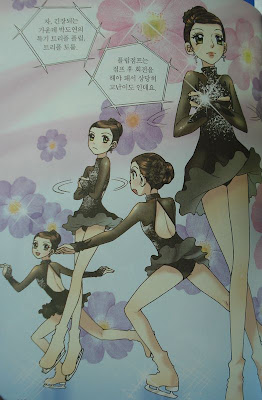 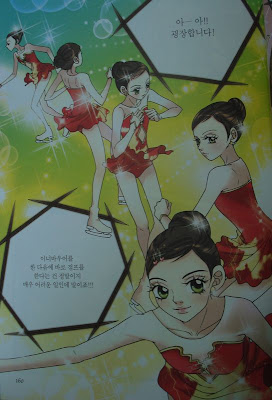 Hopefully she's being compensated for this likeness(?). Roboseyo has more on Kim Yu-na here.
Posted by matt at 8:21 AM

sweet! am I becoming the go-to blogger for Kim Yu-na? I may have to venture farther into fanboy territory. Maybe invent a yuna tag or something.

Dude, I have so written more about her than you have. I challenge thee to a Yu-na duel!

Just kidding. Though that would be a good gimmick, and would certainly draw in more hits. I'm not sure if the K-blogosphere is ready for "Gusts of Popular Yu-na" just yet, though.

I didn't know Kim, Yu-na was a white girl with big green eyes. Thanks for letting us know.
I like the girl. I want to like her long time.

They're blueprints from the local plastic surgeon.