Oh, and I think the best way to commemorate the ascendancy of Lee Myung-bak to the job he's being aiming for since before he became mayor of Seoul would be to look upon this solemn photo. 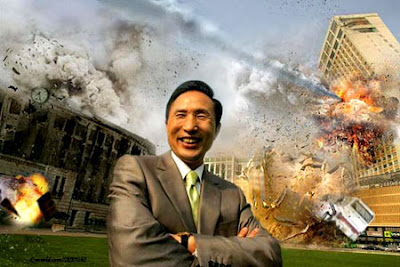 From here.
We wouldn't want the city hall environs to look like the Gileum new town, one of his pet projects while mayor, now would we?

Easy for you to say. The adjummas like you.

Easy solution: cut your prices, at least for a little while. Then raise them gradually, citing the rising cost of ramyeon.