people of mystery, in photos 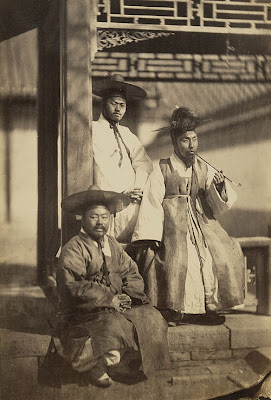 Via Korea Beat, I learned of the display of the oldest known photos of Koreans, taken in 1863. As the Donga Ilbo describes them,

The six pictures of the Korean delegation to China were taken at the Russian legation in Beijing in January 1863. Three members of the delegation appear in one of the pictures. A British missionary at the time collected the photos and took them to Britain.

They were confirmed the oldest in 1999 and have been brought to Korea for the first time from London. All six photos are displayed here. I'd thought Felice Beato took the first photos of Koreans (during the U.S. 1871 expedition, ), but I guess his photos are just the first taken in Korea.

It might be interesting to read the opening of Frederick McKenzie's 1908 book, The Tragedy of Korea (contemporary NYT review here) for its description of the annual tributary visit of Koreans to the Chinese capital: 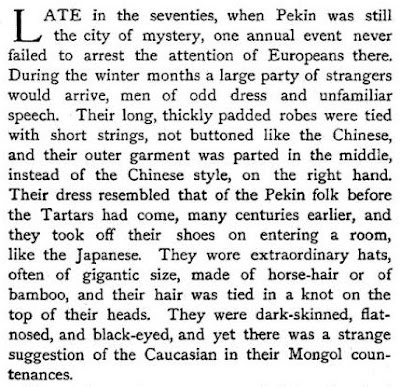 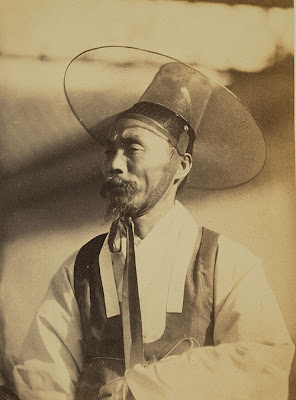 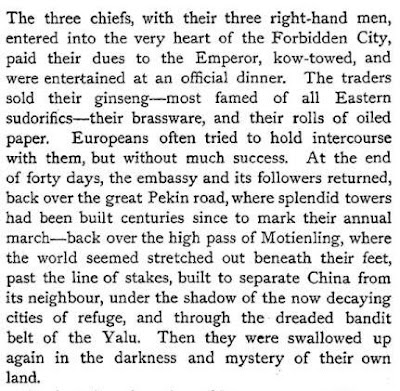 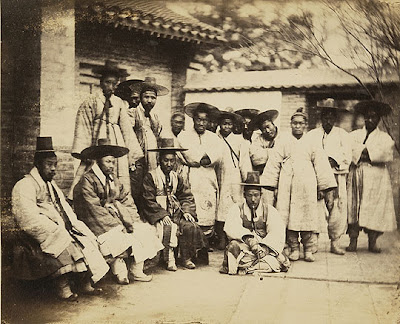 I have no idea if any Japanese people would have taken photos of Korea between 1876 and 1883 (a history of Japanese photography can be found here), so the next photos to be taken after 1871 may well have been by Percival Lowell. Lowell, an American who served as the counselor and foreign secretary to the 1883 Special Mission from Korea to the United States, lived in Korea for several months starting in December 1883, and wrote the book Choson: Land of the Morning Calm (1886). He also took numerous photos, which can be viewed here (click' search').
Posted by matt at 1:57 AM

This has me thinking about the early days of photography. When were the first photos of paintings taken, for example, and when did they realize that flashes were bad for them?

Also, I didn't see in the short article where these particular photos are being exhibited. I hope somebody out there knows.