It would be pretty nifty to know that a tree your father planted was to be part of the new Namdaemun.

I found this at Youtube. It's titled 다시 되돌릴 수 있다면 (If we can go to the PAST). It got me from the beginning with the shot of the magpie.

A very good post (with lots of photos) on a visit to the ruins can be found over at liminality.

In this overhead photo of the ruins, the curve of what would have once been walls can be seen: 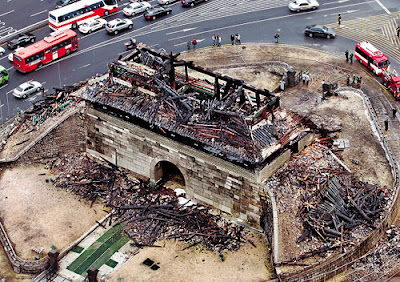 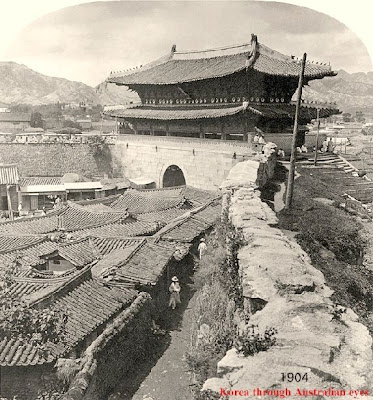 Namdaemun can be seen in the distance in this photo, taken from Namsan. 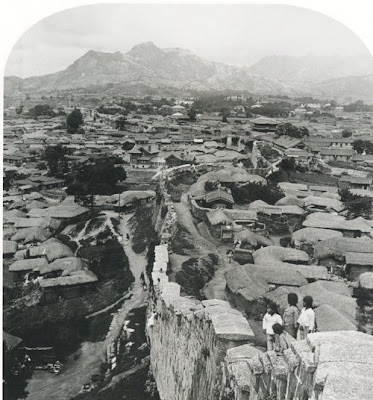 One last, odd thing. Remember the ad campaign for "I am Legend"? I'm sure many people looked at the different posters of cities around the world in ruins and thought they looked pretty nifty. 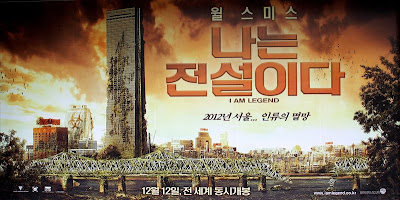 At the movie theatre the other night, I noticed a booklet for the film Jumper. On each page is a shot of the main character standing on top of a famous building. The final shot, one designed for the Korean market, featured a scene which, as of a week ago, brings about a much different reaction than the one its designers envisioned. 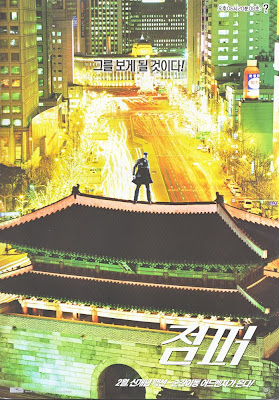