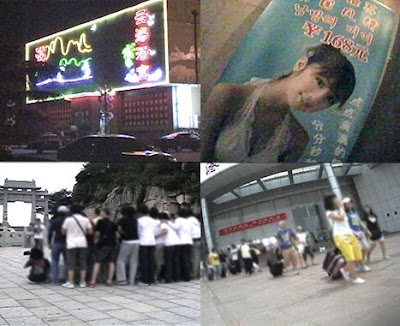 I remember when I was on a grade 12 field trip how my friends and I managed to sneak in some rum and then at one point we had a race by pushing sofa chairs on wheels through the hotel hallways. Boy, were we missing out:

South Korea's education ministry launched an inquiry on Wednesday after a TV programme showed youths entering a hotel massage parlour for sex during a school trip to China. The ministry ordered school authorities nationwide to investigate all field trips to China.

The MBC TV network in a programme late Tuesday showed South Korean teenagers venturing into a massage parlour in China. Some testifed it was common practice. "Phone calls came to the rooms from the massage parlours which are everywhere in the hotels," one high school student told MBC, recalling his recent trip to China. He said some 30 schoolmates of his bought sex there, adding: "Those who have been there all had it because we went there for that." Another student said: "We kids bragged about it." The TV programme said teachers were either helpless or negligent in controlling the children.

Or maybe the teachers were busy. 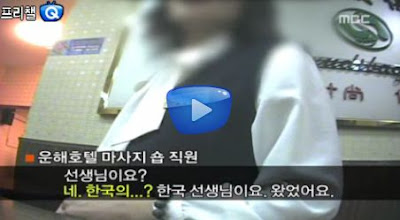 I first heard of this today when a co-worker found this artice, which describes how the Gyeonggi-do education office website was inundated with angry messages from parents after watching the show. Speaking of the show, here it is in three segments:

I would imagine anyone who's been here awhile knows at least one Korean male who has admitted to having had sex in red light districts while in his teens. Add this to the assertion in this article from Febrary that "There has been an increase in the number of teenage boys buying sex", and I don't think it's too shocking that the students are doing this. The shock comes from the negligence of the teachers who either didn't try to stop it, or who were taking part themselves (and providing an excellent example for their students). This expose comes at a good time, following on the heels of the recent KBS expose of foreign English teachers, who do all sorts of 'shocking' things (like - get ready - having unpaid-for sex) in their free time. Hopefully some of that KBS audience will notice the contrast.

[Update] - the Joongang Ilbo has more here in English.
Posted by matt at 9:45 PM