A nose by any other name...

It was almost a year ago that the notorious 'MBC video,' a news report titled 'The shocking truth about relationships with foreigners' was broadcast. For those who may have missed it, here it is:

For anyone who had been in Korea for awhile and had been paying attention, this report wasn't much of a surprise, as I pointed out in my initial response - it's been going on for a long time now, and many post-English Spectrum Incident 'news' reports from 2005 to 2007 featured similar content. What was perhaps surprising was the response of MBC officials, who said that the piece intended to portray "Korean women who are out of their sense and get involved in these kinds of affairs" with foreigners and replied to critics with "Maybe you have a guilty conscience."

Mind you, as I pointed out here, the response of expats to the piece seemed as steeped in a sense of victimization as the original report itself, with a standout example being an expat writing "I feel like MBC has raped my family" (and when female expats said that this was offensive, male expats told them it wasn't).

Now it can be told: The video was made by Gord Sellar, his (then) fiancee, and friends. His take on the response to the above video is well worth reading. There was a lot of discussion regarding whether being a non-Korean disqualified one from commenting upon (or parodying/satirizing) Korean culture. He also notes that the 'racism' of the MBC video was commented on exhaustively by expats, but few noted how sexist it was.

But what I'm going to comment on today is the fact that he noted that "expat men were wringing their hands in worry about whether the "dick jokes" were "too much"" and that it was "completely miss[ed] that the joke took place in the social context in which [there is a] hypertrophied interest in white men's penises, and where they go at night."

I couldn't read that and not think of some of the Korean newspaper cartoons about foreign English teachers which I posted here, and how much the (white, male) teachers' faces and noses seemed to resemble... another body part - especially when the eyes and mouths are removed: 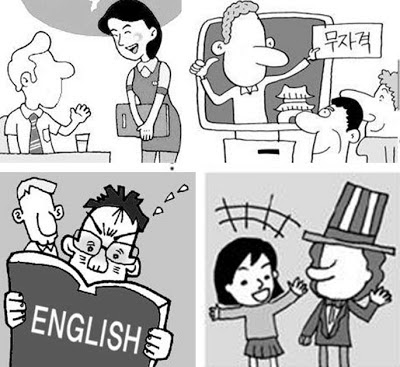 I think the girl at bottom left might be singing this song. 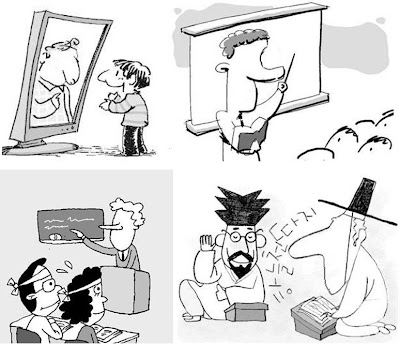 The woman in the bottom right photo looks rather excited and attentive.
As for the bottom left cartoon, 문화체험, indeed! 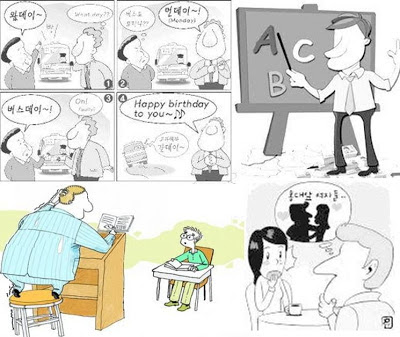 I think the girl at bottom left just realized what's sitting in front of her. 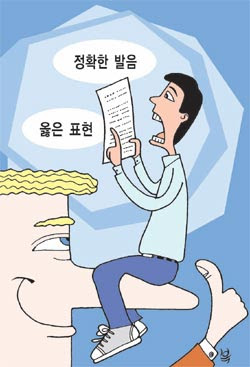 I have no words. (This has not been altered in any way.)

Personally, I think these two are my favourites: 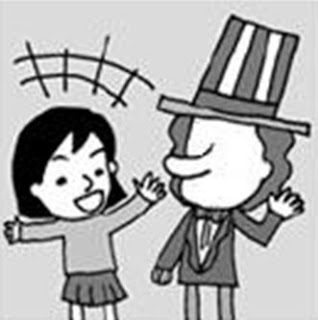 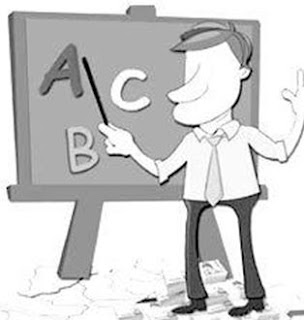 So, readers: Do you think there's something to this nose-penis connection? Or am I just seeing things? And more importantly: Is this way of drawing whitey deliberately done, or is it just part of a tradition and little thought goes into it?
Posted by matt at 10:41 AM

You have something on those faces minus eyes and mouth and Kudos for the Gord Sellar. Is it the woman on the bottom left or right of each picture? I'm not sure I understand the conflict between expat men and women?

Those noses look like the way they drew Richard Nixon's nose, e.g. here:

(Or just google image search for 'Richard Nixon political cartoon'). Perhaps they were just saying he lied and paying tribute to Pinocchio, though.