The above song would appear to be appropriate theme music for this post. 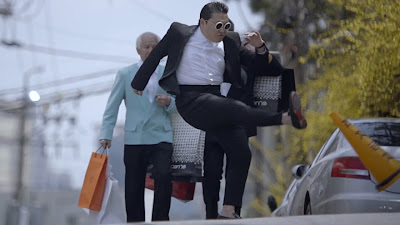 The Korea Herald reports that


state-funded broadcaster KBS announced on Thursday that it had banned [Psy's 'Gentleman'] video because of a scene in which the rapper is seen "defacing public property" by kicking a traffic cone.

"It is against our policy to broadcast the destruction of public property," according to a KBS representative. "As public broadcasters, there are concerns that this could have a negative impact on the public."

For some reason, this decision is being mocked in the press worldwide (National Post headline: "Psy’s Gentleman music video banned on South Korean television for abuse of traffic cone"). I rather liked this take on it at Fark: 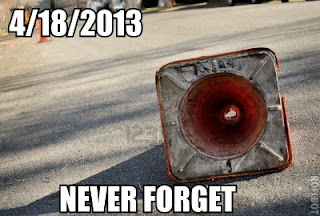 Needless to say, KBS has the right of this. It's a slippery slope once you start misusing traffic cones. It quickly goes from this: 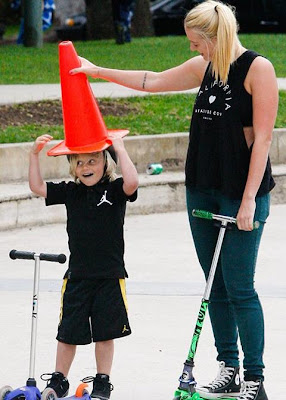 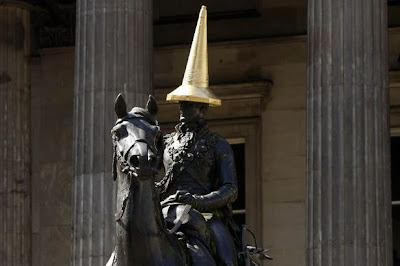 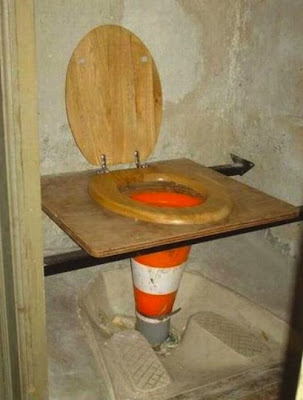 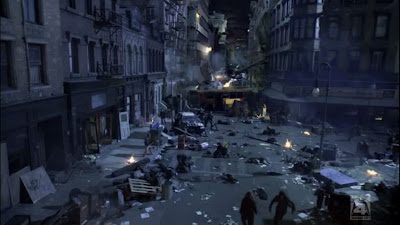 (In truth, many neighbourhoods in Seoul already pretty much look like that.)

It appears there are more objections to the video, according to the Korea Herald (hat tip to reader):


Concerns have been raised about the entertainer's comedic "Gentleman" music video in which the rapper is seen dancing in a public library as well as "defacing public property." Seoul City Councilman Jung Sae-hwan brought the issue of Psy dancing in a public library up at a city council meeting held on Wednesday, stating that the video could cause foreigners to want to go to the library and mimic the scene.

"Psy is dancing in the library. When foreigners see this music video there is no guarantee that they won't be compelled to go to the Seoul Metropolitan Library and dance and take pictures with their smartphones," the councilman is reported as saying. "Through this video, the public may get the idea that running around in the library is okay."

Anyone wondering why Koreans generally have little respect for elected officials need only read the above paragraph. The contempt lawmakers have for the intelligence of the electorate is rather astonishing (though, since that same electorate voted them into power in the first place, perhaps their attitude is understandable). "Oh no! Our citizens won't be able to help themselves if they see this on TV! It will lead to non-stop dancing and a traffic cone holocaust!" It also speaks, to some degree, to the distrust the Korean state feels towards its citizens and its belief that it can expand its jurisdiction in whatever direction it desires. Good times.

Plus there's the "there is no guarantee that [foreigners] won't be compelled to go to the Seoul Metropolitan Library and dance and take pictures with their smartphones" comment. They'll be compelled! They won't have a choice!

Should you feel compelled, like the Pavlovian dogs you are, to go to that library and dance, it would appear (from this comment) that it is the new Seoul Metropolitan Library, inside the old city hall building (yes, this one). As a public service to readers, you should go out of exit 5 of City Hall Station to get there.

According to interviews with library staff in the Korea Times, it would appear the library is supportive of the video (they did allow him to shoot it there, after all), though it has attracted more visitors interested in the video in the short term.

I also think it's amusing, as other people have noted, that kicking traffic cones and dancing libraries raises criticism, but asking if pulling off women's swimsuit tops or whether some of the dance moves or lyrics might be a little raunchy for the kids seems to be beyond the pale. Of course, we must remember that 'sexy dancing' in Korea has nothing to do with sex, right?
Posted by matt at 9:14 PM

After eight years of teaching thousands of almost totally silent undergrads in Seoul, I worked out a formula for doling out grades: if you came to every class, you got an A. ANY absences resulted in a B Plus. Giving out lower grades always resulted in a complaint to my superior. The great leveling must be achieved, so...ban the video rather than allow people to make up their own minds about whether or not to do something. Goodbye, personal responsibility.

When I hosted on EBS-FM, on a show aimed at adults, it was astonishing how the station's policies and attitudes were based around treating them like children. Maybe it's some holdover from dictator days, where the government is the benevolent father, and the people are the children--the highly infantile children.

I'm genuinely curious, is KBS absolutely certain that the cone is public property? Does the Seoul make "no parking" cones?

"Maybe it's some holdover from dictator days"

I think a lot of it really is. We've all seen perfectly peaceful, non-political public events here where literal busloads of riot police show up "just in case.

Pretty funny, but I just thought I'd let you know that my wife (Korean) says the ban is primarily due to being able to see the girl's underwear, when Psy pulls out the chair from under her and she fell to the ground.

i call bs...'nother pub. stunt to increase youtube traffic - harder this time since the bots arent working as well as last time.