While I've known that you could use Google to search Life Magazine's photo archives (these photos of communist murals in Pyongyang during the Korean War were linked to at the Marmot's Hole a few years ago) , I hadn't thought of doing more exploring until a few days ago. What turned up were dozens of photos taken by photographer George Silk in the fall of 1945 when US troops arrived in Korea after the end of World War II. These include aerial shots of the city (click on the source or other links to find the original, full size photos): 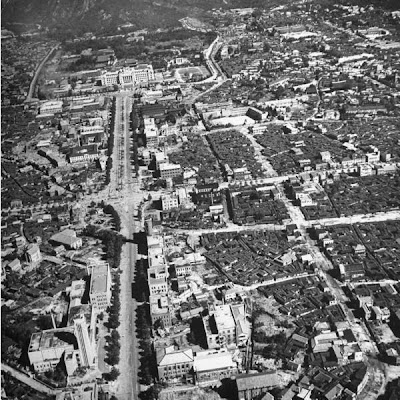 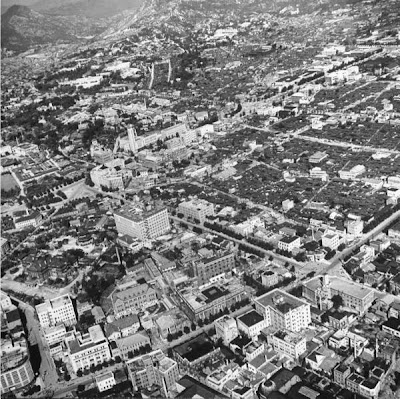 Source.
GIs were also photographed entering the town of Songdo, being led by a firetruck filled with local reporters... 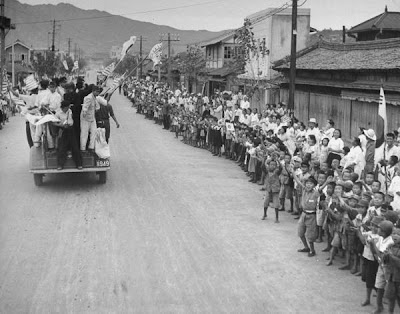 ...while being greeted by those watching the impromptu parade. 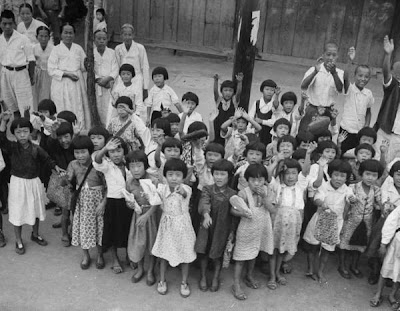 Photos were also taken of refugees "celebrating release from slavery in factories and returning to their farms," such as the one below and this one. 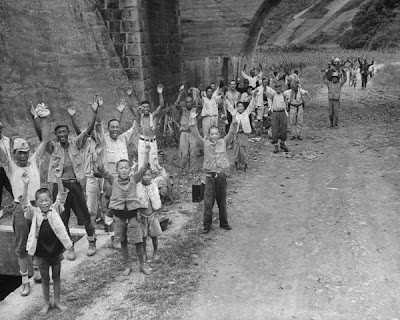 Other photos show buildings, such as the one below, decorated with signs welcoming soldiers and "displaying flags of occupying forces and portraits of the leaders of Allied countries" (note the use of the 'c' in Corea). 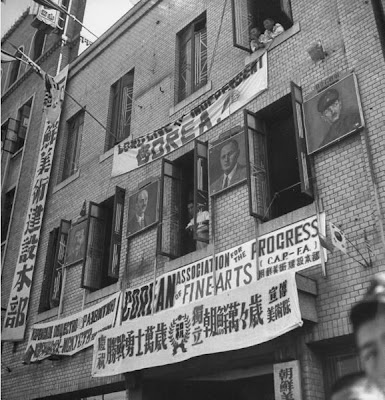 Some well known buildings, like the YMCA, also had such signs; Seoul Station apparently did not.

After signing the Japanese surrender, US troops disarmed Japanese troops before sending them home. 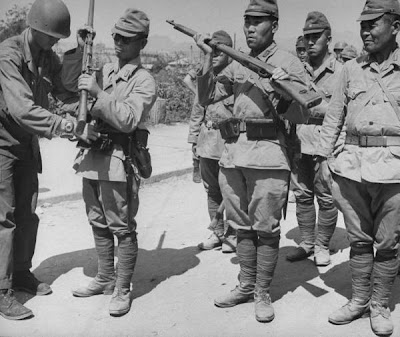 No doubt the Korean onlookers here were happy to see them go. 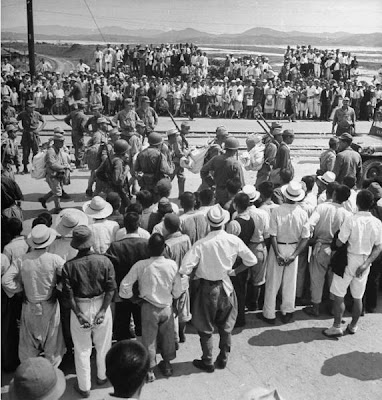 Seeing as a river is in the background, and the photo below shows the Hangang Rail Bridge at far left, the soldiers are likely walking across the present Hangang Bridge. 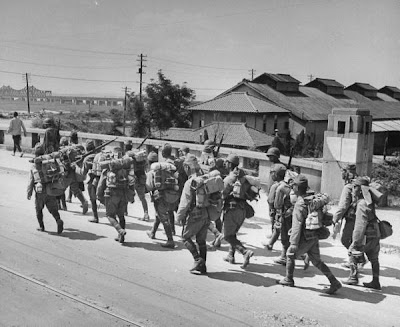 Of course, the Americans weren't the only troops who had entered Korea. Below is a photo of Russian troops (where exactly, I don't know): 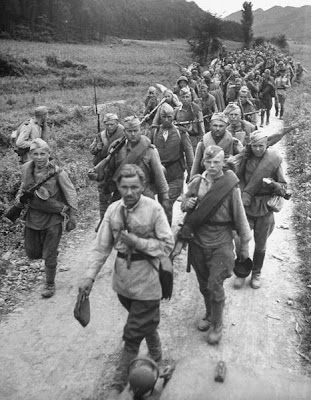 Below is a photo of Russian and American soldiers gathering around a US jeep while Koreans watch. 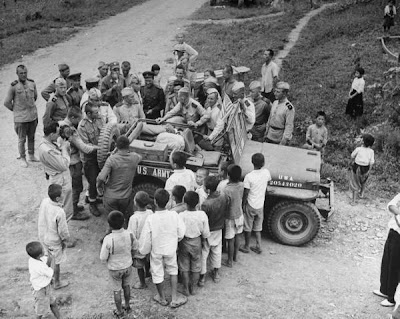 Several photos, such as the one below, show the US soldiers and Russians interacting. The Americans seem especially taken with the female Russian soldier. 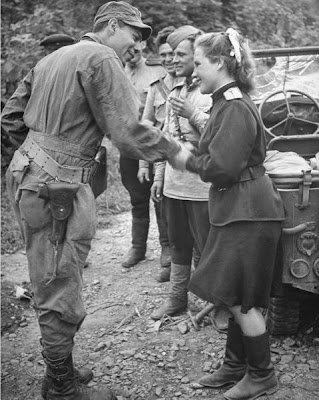 Other photos from this time period can be found here and here.
Posted by matt at 12:47 PM

Google's LIFE magazine archive is a real treasure. The only bad thing is that there's no way of reporting errors to Google, that I can find.

Thank you so much for this post. I love to photos from Korea's past. Thanks again.

Nothing really related to your post, but I was really surprised to find out that a French Foreign Military Squad served in S.Korea's side too. I discovered it while I was living in Suwon, as there was a big monument dedicated to the French. This was never mentionned in history classes in France, as far as I remember.

The photos are great.

There's information on the French contribution to the Korean War here

We posted some family photos of this same time period on our blog if you want to check it out,

when japan got out chinese , same thing was happend,,