Two weeks ago I posted photos of Korea in 1945 from Life Magazine. There were several aerial photos; one I didn't post was this one (the full size photo is here): 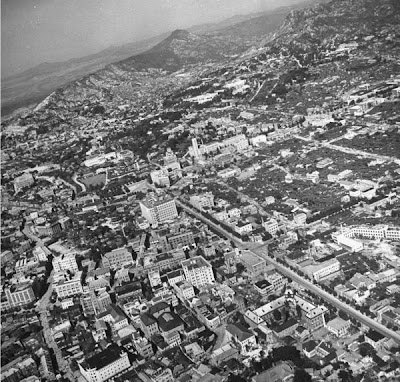 That's Euljiro running from the center to bottom right. At its far end City Hall and the Bumingwan can be seen. They still stand today (well, sort of), with the Bumingwan, after having served as the National Assembly until 1975, now the Seoul City Council. The photo also reveals Myeongdong (and the recently restored Myeongdong theatre) as well as Namdaemunno: 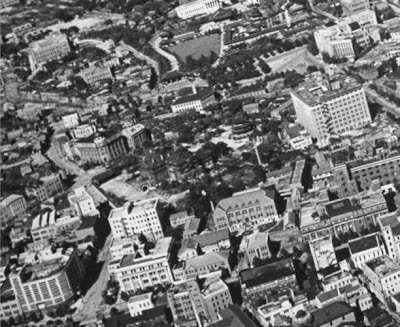 A close look at Namdaemunno reveals how built up it was. If you look at the far left, however, you can see what was then known as the Chojiya Department Store. Here's how it looked then: 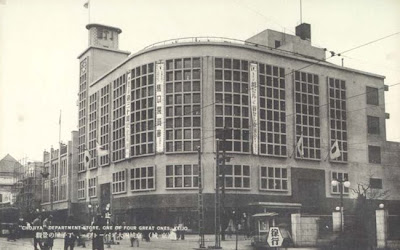 It eventually became the Midopa Department Store after liberation, and in 2003 was reopened after being remodeled as the Lotte Young Plaza (its genealogy is noted here). It can be seen in the background here: 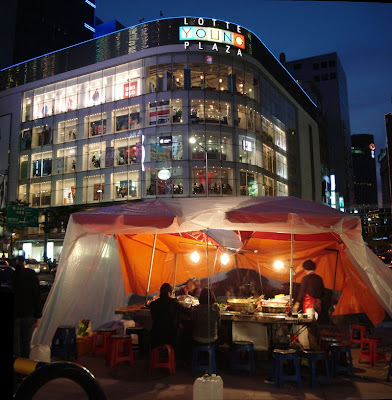 It wasn't until I saw the photo at the top of this post that I realized its colonial-era origins. It's nice to see that it has, like the former constitutional court and the Myeongdong Theatre, been preserved in some form.
Posted by matt at 2:20 PM

i love that last photo!

With so few buildings surviving from before the war, it's nice to see innovative and useful ways to keep them standing without making them perpetual charity cases.

As a U.S. Army soldier in Seoul in 1958, I remember Midopa as in above photo. I was in Korea last October 2019 and was fascinated by how much the country progressed.

I was a soldier in the U.S. Army in Yongsan in 1957 and the photo of Midopa brings back good memories of Korea. In October 2019 I took part in the RoK Ministry of Patriots and Veterans Affairs' Korea Revisit Program for Korean War and Defense Veterans and was surprised at the country's change from adobe houses with thatch roofs and dusty dirt roads to high rises and super highways. Great transformation!