The latest plans for Yongsan Dreamhub

I've mentioned before the plans to build a 'waterfront town' in Yongsan in conjunction with the Han River Renaissance Plan, and a week or so ago new renderings of this plan turned up. Previous renderings looked like this (from 2004): 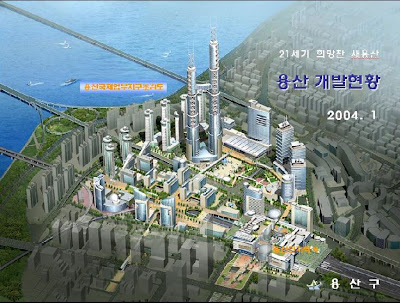 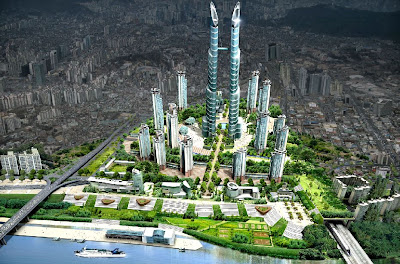 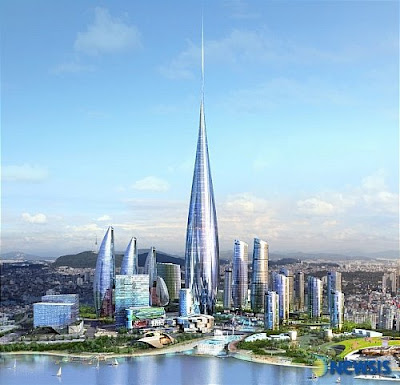 Here's the most recent design: 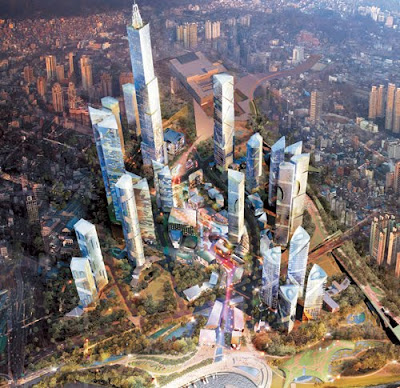 The Chosun Ilbo reported on the release of the latest plans not long after Samsung C&T pulled out of the project.

A giant underground strip mall six times larger than COEX will be built in the planned international business district in Yongsan, Seoul. Dream Hub, a project financing vehicle for the development project, in an investor blitz on Thursday unveiled the new master plan. [...]

Dream Hub said the total area for business facilities in the district will be 1.428 million sq. m and accommodate some 70,000 workers. Residential space will take up 26.6 percent with some 5,000 apartments for existing residents of the area and low-income earners as well as luxury clients.

Three landmark buildings will stand in the center, and will be 100, 72 and 69 stories tall. 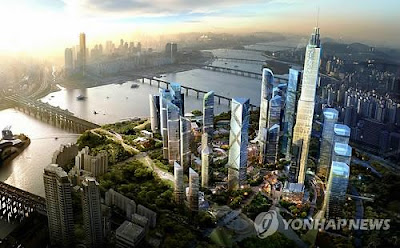 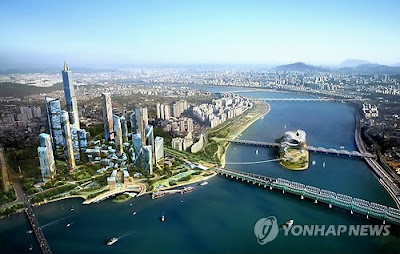 From here.
Here are views of the plan from the ground: 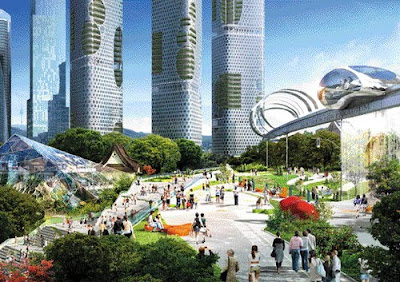 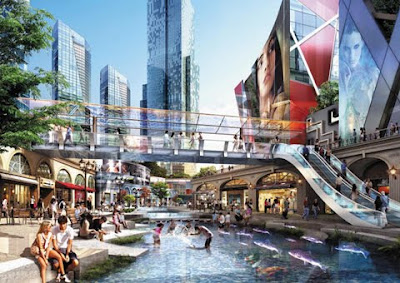 From here.
And here are views of the interior of COEX x6: 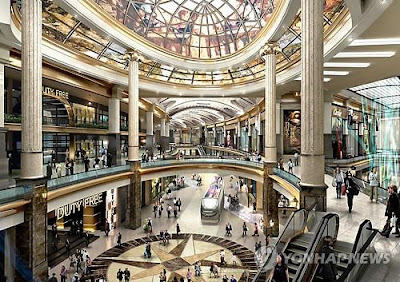 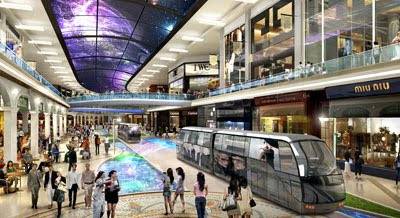 From here.
Of course, one wonders whether the area really needs so much retail space, especially since the I'Park mall at Yongsan station is nearby. On the other hand, since most of Yongsan-gu is scheduled to be torn down at some point, perhaps there will be enough residents nearby to support the businesses.
Posted by matt at 8:57 AM

This looks so cool! Do you know when it is supposed to be finished?

I have no idea. They're looking for new investors and won't even finalize the plan for another year.

'Who' is looking for new investors? KNRR; aren;t they the moving force, considering that they own the single largest parcel of land involved? Or is there a 'developer' in the picture, too?

Anyway, as I've said before, this is never going to happen, at least in anything like the comprehensive, integrated form projected in the drawings. And with the withdrawal of Samsung, this has passed beyond wet dream status into blue ball territory.

Conflict over the means of securing funds for the project between KORAIL and Samsung C&T, two umbrellas of the project, caused Samsung C&T to pull out on Aug. 31. Thursday's briefing was the first attempt to attract other investors to replace Samsung.

It does seem like too large a piece of land for a single company to deal with - you'd think it would be portioned out to different construction companies, as the New Town projects are.