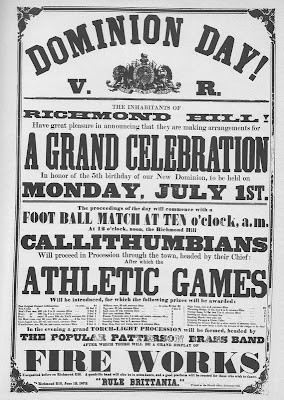 Above is an 1872 ad for Dominion Day celebrations, taken from this book: 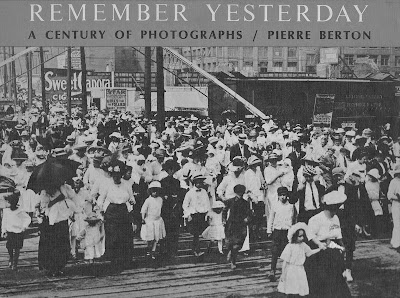 Last summer my father and I were in the local library and he saw several books piled near the door that were being given away, including this one and another partner book about Canadian styles, both published at Canada's centennial. Some of the things in the latter book include Canadian brands and a look at movies about mounties. 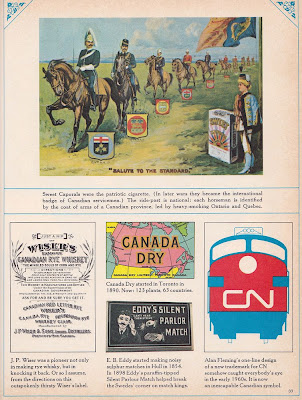 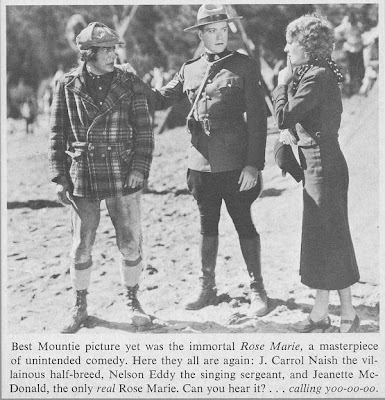 As much as Berton (who I've mentioned before here) notes the changes that took place during Canada's first 100 years, one wonders if the 43 years since the centennial have seen just as many changes (not that Canada would be alone in that).
Posted by matt at 11:35 PM