I finally watched Kim Ki-young's 1960 film The Housemaid, which was released on DVD a few months ago. It's long been considered a classic (or at least since his work was 'rediscovered' at the 1998 Pusan International Film Festival) and more than lives up to its reputation. Basically, a middle class family moves into a new, two story house, and, due to the wife's pregnancy, hires a maid. 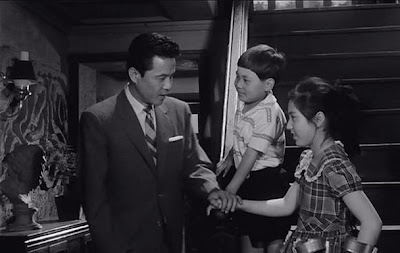 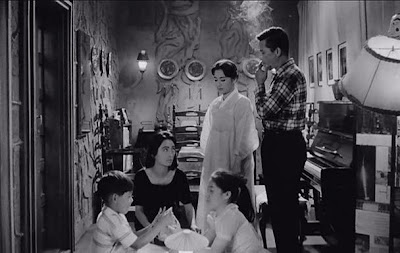 (The film is notable for having a young Ahn Sung-gi play the son.) 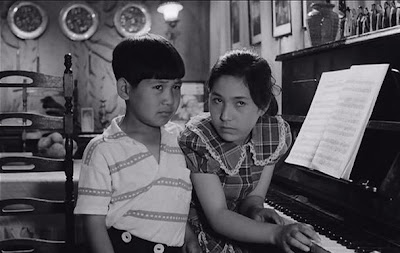 The maid, however, is a little odd... 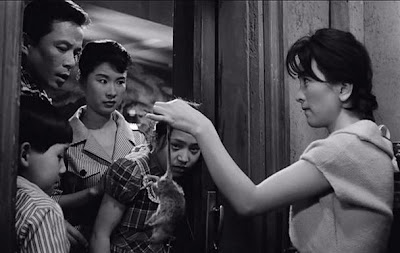 ... and she proceeds to wreak havoc on the household. 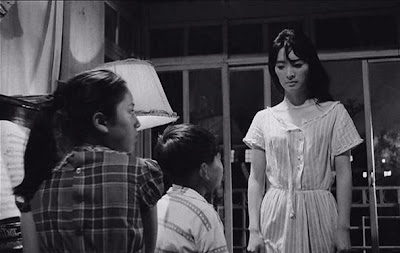 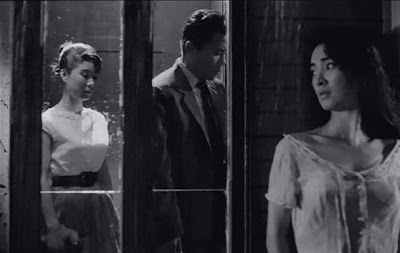 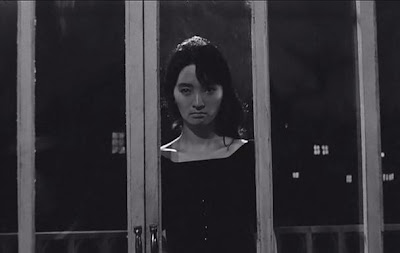 To say more would ruin the fun, but it's an amazing film which never stops surprising you. Imagine a mix of the Harold Pinter/Joseph Losey collaboration The Servant and Takeshi Miike's Audition. Go watch it. Now.

Or soon, at any rate, before the remake is released. I just saw this, which reveals that The Housemaid will be remade starring Jeon Do-yeon and directed by Im Sang-soo (best known for The President's Last Bang and Good Lawyer's Wife). While part of me wonders why such a great film - so recently re-released on DVD - is being remade, the other part is intrigued by such a director - actress pairing and is looking forward to it. One hopes they'll find a part for Ahn Sung-gi. It's to start filming in December for a May release.
Posted by matt at 12:13 PM

It was a really good film, I highly recommend it too.

ㅋㅋ this is my frist time to see little 안성기.
I'll watch the original one if I can get the DVD.
I'm looking forward to seeing the remade one because the scenario writer of it is 김수현. She is more than just a writer. 임상수,김수현,전도현..I wonder how they will compromise on their movie.

Thanks for posting on this movie. This entire movie is viewable online! Check it out:
http://www.theauteurs.com/films/2039/watch

Also, "The House of Kim Ki-young" is indefensible for fans of this master. Sadly, the original website is dead, but the archive lives on:

Thanks for the heads up on this!

It's available online, but I strongly suggest getting the DVD ~ the restoration work they've done on the film is very impressive, and the picture quality (save a very few scenes that had deteriorated more than the others) is really fabulous. It's a very striking movie, and despite its age it still feels very fresh.

I could see the movie online yesterday. I enjoyed it. thanks for the link anonymous. good site!