How the president gets from here to there 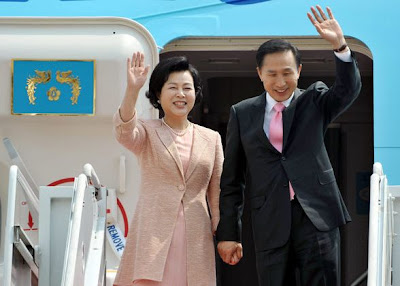 The president and his wife leaving Seongnam Airport yesterday
Lee Myung-bak left for the US today on his first overseas trip, which means he's likely flying on the equivalent of Air Force One, right? 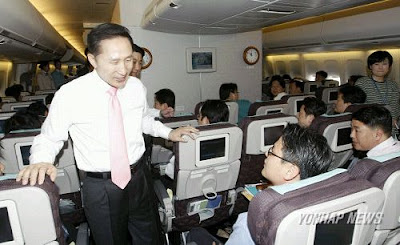 Well, not quite. One of my students, who works for Korean Air, filled me in on how he's travelling. While the Korean government does own at least one airplane for presidential travel, it's too small for long distance flights, such as to North America or Europe. The solution is to charter a flight from either Korean Air or Asiana. Kim Dae-jung started the tradition of alternating between the two airlines for each flight. 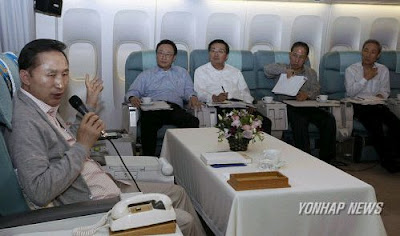 My student didn't know how much the government was billed for the two weeks of use, but assumed at least US$2 million, as he knew it cost $1.6 million ten years ago. It takes 4 or 5 days to refit the 747 for presidential use, as a bed, desks, and other amenities have to be installed in the plane. The plane left Gimpo Airport for Seongnam Airport, a military airport just southeast of Seoul, yesterday so that the president could leave from there today. 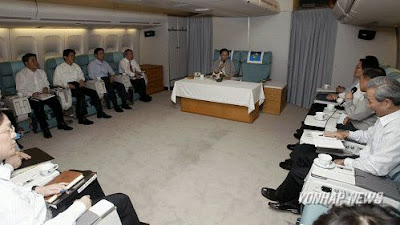 Get rid of the seats and there's actually quite a lot of room...