Over a year ago I wrote an article for the Korea Times about the arrival of Vietnamese refugees in Korea at the end of the Vietnam War in 1975. This was followed up by a lengthier article on the topic at SinoNK and two blog posts here and here.

As a result of these articles and posts, I have been contacted by several former Vietnamese refugees who spent time in Korea. All have shared their stories and photos with me, but William Nguyen, now living in Australia, has spent quite a bit of time telling me his story because he plans to return to Korea in early January and he would like to find the Koreans who helped him, in particular Choi Ok-suk, a Red Cross worker at the Busan Refugee Camp who essentially acted as a foster parent to him and his two brothers and sister. He would also like to find the generous family of Marine General Lee Dong-yeong. I thought it might be helpful to draw attention to his story in the media in the hope that someone who knows these people who read the article might reach out to William. On Wednesday an article I wrote about William's story appeared in the Korea Times, and I'm hoping to interest a Korean-language news outlet in the story. (Should anyone know a journalist who might be interested, please let me know).

As the article relates, William and his siblings moved to Australia, where their older sister lived with her Korean husband, in September 1976. While in Korea he met his future wife, who was of Korean-Chinese heritage but had been raised in Vietnam, and they were married a month before he left. In early 1977 he returned to Korea to bring her to Australia. This was the last time he was in Korea.

I have edited a memoir by William explaining how he came to arrive in Korea aboard an ROK Navy LST on May 13, 1975. He has also sent me more than 20 photos, most related to the time he spent in Korea. He began the memoir at the end of the story, so to speak, remembering the kindness of Choi Ok-suk, the Red Cross worker and wife of a Busan police chief who, a month or so after their arrival in Busan, essentially sponsored William and his brothers Bao and Phu and sister Duyen. This meant she could take them out of the camp on trips or have them stay over at her house. Below is the first installment of his memoir. Others will follow soon. 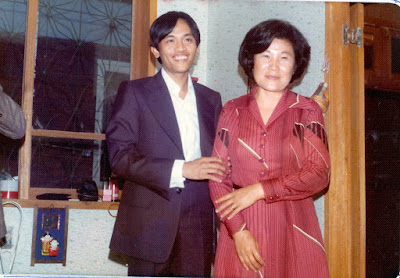 William and Choi Ok-suk at his wedding in August 1976.

“Misong ah!” The call from my foster Korean mother was the sweetest sound on this earth. “Ne!” I answered with my lousy Korean that I had just started learning about a month ago. She looked at me from head to toe and then she said something, but all I could understand was the word Xichang (market).

Her daughter translated and explained that she was going to take us to the local market for some reason. “Wow - we get to go shopping in Korea?” It seemed like a dream come true for a guy behind the high wall of that Vietnamese refugee camp, a former girl’s high school, where you could only see the city of Busan through a peephole when you wandered around with all of those security officers almost everywhere you turned.

“Mama Sook” was one of the Korean ladies working for the Red Cross at the time we Vietnamese refugees came to Busan. She took us in like a sponsor, took us home to stay with her and told us to call her “Mama.” She treated us like our own mother, sometimes even better. What a lady, what a heart she had! It had to be made of gold the way she treated us, we who were strangers. It really does melt my heart every time I think of her. That great Korean lady left a solid mark in my humble life and taught me the meaning of humanitarianism.

What a view, what a life! The Korea market was just like something out of a movie to a poor soldier just who had recently come out from the jungle, a bustling and busy scene that I had never seen before in my life. We used to be proud of life in our country, a country I had fought and spilled blood for. We thought we were the Pearl of the Orient, but no. I may be a fool, but I had seen enough of my own country to know that nothing there compared to Korea, to such an advanced and bustling place. Even though I had only been there for a very short time, that was something that made me feel that it would not be so bad if we had to stay in Korea if no third country would accept us.

In the market, while we were still looking around at the scenery, overwhelmed by so many things happening around us, she went straight to an underwear shop, came out with a large bag, and told her daughter that we were going home. We were disappointed to leave so soon but still followed her home. When we got home, she opened the bag and there was lots of underwear for all of my family. She hurried us to try them on and get changed to go to a Chinese restaurant with her. She thought that, being Vietnamese, we might be sick of the Korean food in the camp.

I nearly broke down with tear in my eyes when I went to the room to try on the underwear, how did she know that we were not wearing underwear? How did that she know my size to perfection even though I did not know myself, nor did my real mother? It was the first time I ever wore that kind of tight, jockey underwear and to my surprise it fit me perfectly. What an impression that made, what a lady! I'm very close to the day when I will return to dust now, but I still vividly remember that feeling of appreciation every time I think of it.

Every night while we stayed with her, she made our bed on a Futon. The most impressive thing was that she always left out a tray of apples or pears next to a teapot. When I asked her what it was for, the answer in her sweet voice was that it was in case we were hungry at night. Maybe it was just Korean traditional hospitality, but to me, a poor Vietnamese refugee who used to sleep with a gun in my hands watching for the enemy and afraid of being attacked, or who had been tired of worrying about himself and his siblings on the cold steel floor of an LST ship while not knowing where we were going or what would happen after that, this was just as sweet as it came. 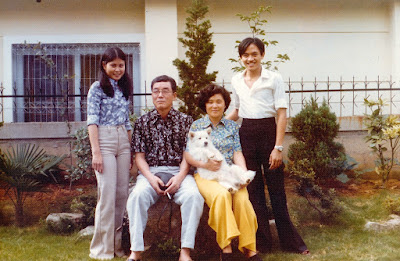 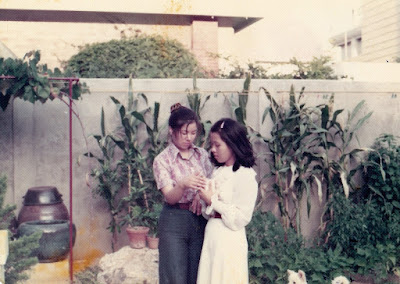 This is already a very moving story, even though the story has only begun. Thanks for this. Hope you're doing well.

I'm glad you're enjoying it. There seems to be progress on the Korean-language article front - it would certainly be great if he could be connected with these families.