It's kind of amazing how much all this dust is affecting visibility in Seoul. As reported in the Korea Herald:


The concentration of fine dust particles smaller than 10 micrometers in diameter, or PM10, increased to more than three times normal levels Wednesday, with Gyeonggi Province recording the highest figure of 268 micrograms per cubic meter. [...]

Here are a couple of photos I took yesterday morning: 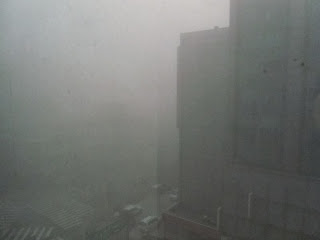 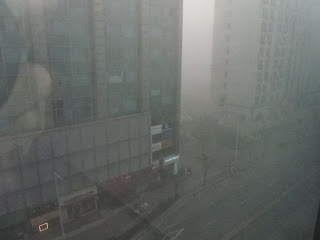 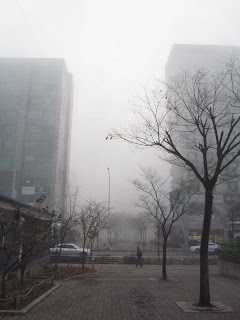 Not exactly the time of year for hiking, I guess, but at least, as a friend noted, it does trap the heat and make the weather warmer.
Posted by matt at 5:19 PM