'A Slow Walk through Jeong-dong' and 'Korean Straight Lines'

Anyone who has studied early modern Korean history knows well that many key events took place in and institutions were located in Jeong-dong. For an accounting of the historic buildings in the area which still stand, Robert Koehler's post here is a must-read. A map included in that post shows a 'Temple' northwest of Deoksugung (marked as 'New palace'), which was once actually a part of Deoksugung; the part of the wall around the temple that was next to the Russian legation can be seen in a photo here). In fact, the U.S. legation, 'Imperial library' and presumably 'customs' were also part of the palace, which is now quite a bit smaller than it once was (in part, as I argued here, because it was not considered an important palace and bits of it were sold off to foreigners, but their presence there eventually led King Gojong to choose Deoksugung as his main palace in 1897).

Covering all of this history is Michael Gibbs' book 'A Slow Walk through Jeong-dong.' 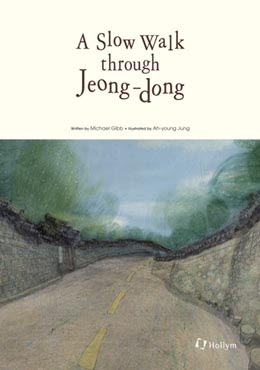 The book is a paean to 'slow travel,' spending a day walking around a single neighbourhood and soaking in all of its sights and history. While some of the area's sights - such as Deoksugung, the restored Appenzeller Hall, Simpson Memorial Hall, the Salvation Army, the Seoul Museum of Art, and many others - are well known, others are not. I'd had no idea that Yi Hwang (who is on the 1000 won bill) lived in a house that is memorialized in front of the Seoul Museum of Art, for example, or that there was an Overseas Chinese Christian Church with 100 years of history tucked away in an alley.

The stories related in the book range from recent events like the death of Roh Moo-hyun, back through the closing of the Kyunghyang Sinmun by president Syngman Rhee in 1959, the death of Ehwa student Yu Gwan-sun during the 1919 Samil protests, to the burial of Joseon Dynasty founder Taejo's wife, Queen Sindeok, in the area in 1397, which gave the neighbourhood its name. But I quite liked the starting point, both geographically and historically, of the book - at the more than 550 year old pagoda tree in front of the Canadian embassy: 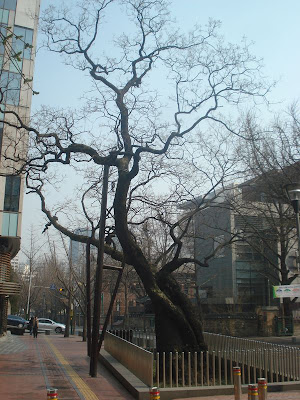 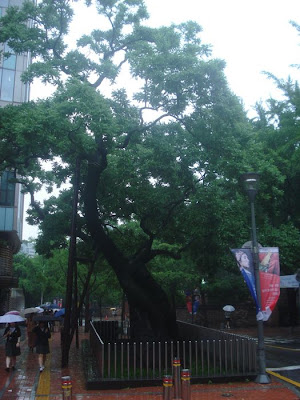 The book touches on the history of, and stories associated with, each location as the narrator-traveler comes upon it, approaching the area's history in a more geographical manner. In some ways, it almost functions as a tour guide (and I've used it in that manner), but rather than photos, it's full of illustrations, some of which are more evocative or abstract rather than photo-like renditions. All in all, it's an enjoyable book which languidly explores a neighbourhood of Seoul which is steeped in history and allows the reader to soak it all in.

Full Disclosure: I received a copy of this book to review. It's available at Amazon, though for those in Korea Seoul Selection is probably a better choice (what with the postage cost being slightly more than the cost of actually taking the subway to a store and back).


As well, long term Korea resident and reader of this blog NB Armstrong asked me if I could mention the book he'd written 'Korean Straight Lines, joke lessons in South Korea,' "a humble Amazon upload. It's a short, humorously intended little introduction to a few aspects of life in Korea, including some tips on language and everyday culture." The introduction and first chapter can be read at Amazon, and the stories end with definitions of terms such as '친구,' or 'friend':


Friendship is rarely randomly struck up in Korea; it develops through affiliation and introduction and is formalized, after years of mistrust, by want of a loan.

That just one of the many humourous descriptions in the available chapter; the book looks like a fun read.